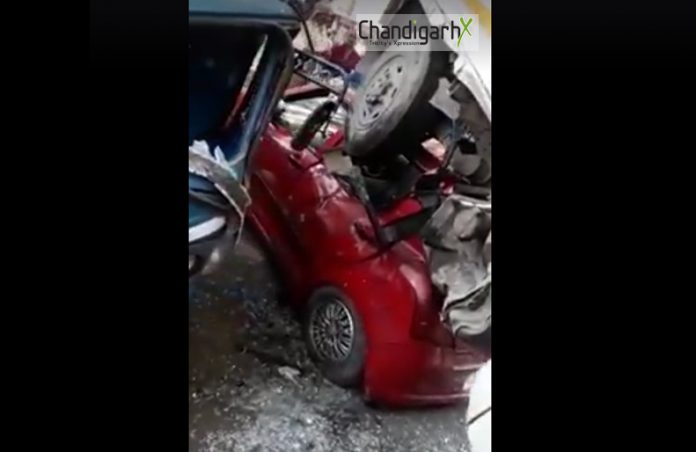 Industrial Area-1 had the most distressing and incredible accident on Friday that became a reaffirmation of the saying ‘Speed thrills, but kills.’

An overspeeding SUV in Industrial Area-1 and tempo had such a disastrous collision that embroiled four vehicles on the road in its impact. A Swift car, a bike and an auto became the victim of their negligence.

It is said that the car and the tempo were parked on the roadside at the market and the tempo and SUV collided which tossed tempo in air and threw it on Swift. The SUV inturn struck bike and auto.

Incredibly and fortunately, nobody was injured.

The police said that the vehicle owners have reached a compromise after the SUV owner agreed to compensate them.

Watch for yourself the distressing accident