Home Latest News Chandigarh & Around UT Administration to Focus on Frontline Workers in next Round of Covid...
Facebook
Twitter
WhatsApp
Email 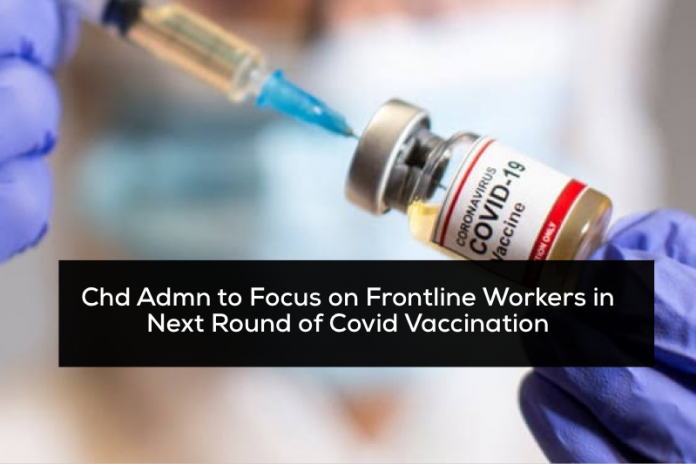 The UT Chandigarh Administration has decided to proceed to frontline workers in the next round of covid vaccination. In the first phase ending by January-end, 2,464 healthcare workers were inoculated out of the 4,895 invitees.

Of the target of over 20,000 beneficiaries with the UT for the first phase, including healthcare workers from the PGI, around 25 per cent have been mapped by medical institutions so far.

The Administration has decided to give each beneficiary two chances before moving ahead with the next target group.

Dr Amandeep Kaur Kang, Director, Health Services, Chandigarh, said, “We are planning to cover all healthcare workers by the end of January. That was the reason behind increasing the number of sites. Our aim is that at least two messages are sent to the beneficiaries before closing the vaccination for the first group. We will move on to vaccinate frontline workers in the next month in line with the directions from the Central Government.”

Arun Gupta, Principal Health Secretary, UT, has pointed out the hesitancy among the health staff for the Covid-19 vaccination which, according to him, is evident from the fact that an overall turnout of 50 per cent witnessed in the first week was among those who were already counselled for vaccination.

“One of the possible reasons for not choosing to get vaccinated is because of the low Covid transmission of late. The situation would have been different if the vaccine was to be introduced when the pandemic was at its peak”, he added.

The turnout for the Covid-19 vaccination has been 50 per cent, rendering the staff deployed at the vaccination sites “idle”.

Gupta said the Administration had requested to increase the number of beneficiaries to be inoculated at one site to 200.

However, they were not granted permission.