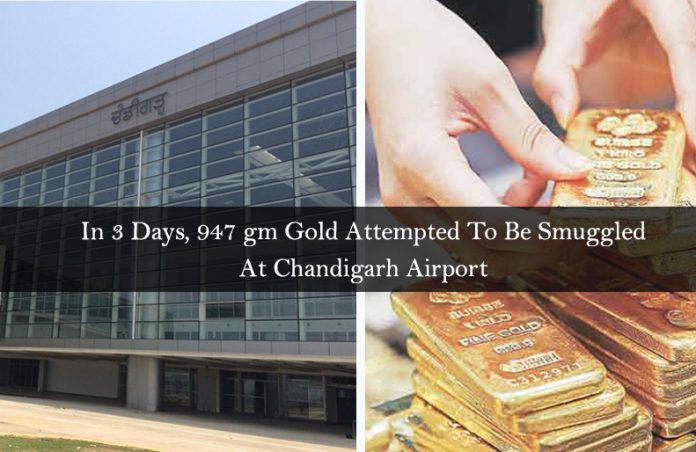 A man, named Deepak Kumar, resident of Ulhasnagar in Maharashtra was nabbed by the customs with 407 gm of 24-carat gold hidden in his rectum.

Fast forward to July 13. Another man was caught at Chandigarh airport trying to smuggle 540 gm gold in his suitcase.

DETAILS OF THE TWO INCIDENTS:

July 10, 2017: The director of revenue intelligence received a tip-oo from the central team in Delhi that gold was going to be smuggled from Dubai at Chandigarh International Airport.

Deepak Kumar flew from Dubai to Chandigarh with 407 gms of 24-carat gold (market value of ₹ 11 lakh) concealed in his rectum. He was nabbed by the DRI officials and the customs when he was leaving the airport. Earlier he denied the charges, but later he gave in and was taken to the washroom, where the gold was retrieved from his rectum.

The accused was acting as a courier of a gang of smugglers.

July 13, 2017: Baljit Kumar, a resident of Batala, arrived at Chandigarh International Airport from Dubai carrying 540gms 24-carat gold (market value ₹ 15 lakh) concealed in the beading of his suitcase. (The beading is a sort of wire that holds together the suitcase’s internal structure.) When put under X-ray scanner, gold was traced as the beading itself was made of gold.

The accused here also was acting as a courier of his Dubai-based handler.

During interrogation, he revealed that he was paid ₹ 7000 to bring gold here and was supposed to hand it over to a man  outside the airport.

WHY CHANDIGARH IS SEEING A RISE OF SMUGGLING?

The question that arises in everyone’s minds is ‘Why Chandigarh?’

Chandigarh is a SOFT TARGET for smugglers right now. Since international flights have just started here, and the enforcement agencies have not upped the security system here as in airports in bigger cities. Smuggling into Delhi and other cities is very dangerous for them, that’s why Chandigarh becomes a preferred destination.

Dubai’s gold is of much superior quality than that of India and thus has much higher price here. The hike on gold duty too has hiked the profit margins. While importing gold from Dubai attracts 36% customs duty, the price difference has become as high as 15-20%.

Just look at the ways smugglers resort to smuggle gold into India.

“Gone are the days when a boat would land at a port with boxes filled with gold. Smugglers are employing different ways to outsmart security checks at airports,” said a customs official at Chandigarh airport.

Concealing gold as buttons of children’s garments, in the suitcase structure, holding under the tongue, in shoes soles.

Since September 2016, when Chandigarh got direct air connectivity with Dubai, as many as six cases of gold smuggling from Dubai have been reported. With the latest seizure, the total amount of gold recovered from Chandigarh airport has crossed 2 kilogram.

The biggest seizure so far was that of 1.3 kg gold worth about ₹ 37 lakh last year. 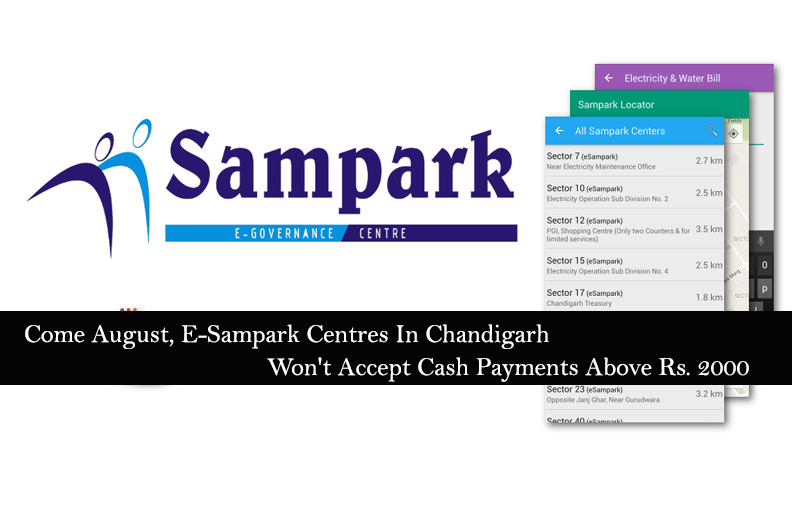