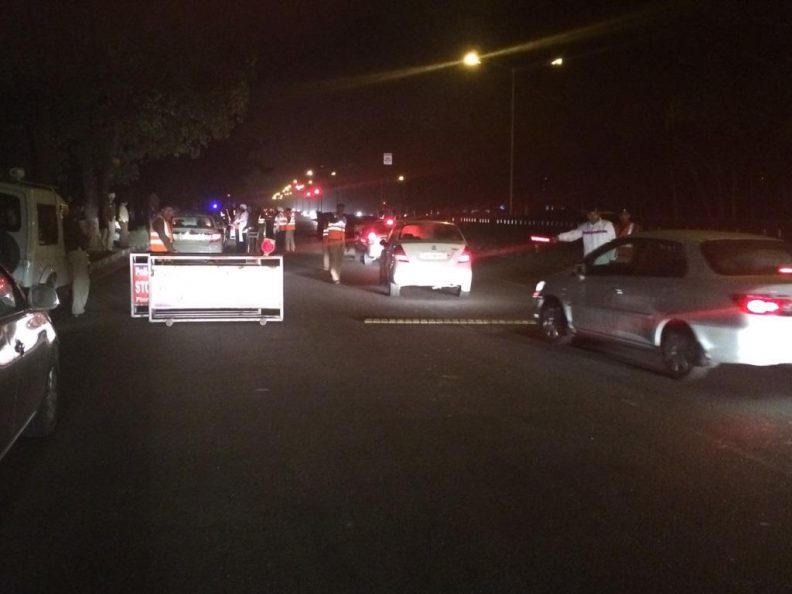 New Year’s Eve parties all over Chandigarh attract thousands of people in and around the city to throng the city to celebrate the festivities. Expecting such a heavy footfall, the tricity is all geared up to maintain law and order too. As many as 2,000 cops are going to be stationed on December 31.

Hot zones have been marked and extra force will be deployed there to avoid cases of eve-teasing, violence, drunk and driving, and other such incidents.

Senior superintendent of police (SSP) Eish Singhal said, “The security will remain deployed, especially at Sector 17, Aroma light point, in Elante Mall area, Sectors 35 and Sector 26. Maximum crowd is expected in these areas, as most of the discos are located here.” He added that all the officers concerned, including station house officers (SHO), in-charges and their police teams, will remain deployed till late night and deputy superintendents of police (DSPs) of the said areas will also remain more vigilant.

On the eve of New Year, 20 special anti-drunken driving nakas will be laid in Chandigarh from 10pm to 2am, on the intervening night of December 31 and January 1. As many as 20 check posts will be put up in Panchkula, to keep a check on drunk driving and over-speeding on the night of December 31. The check posts will be mainly put up along the markets of Sector 8 to Sector 11, where a number of hotels and restaurants are located.

Event organisers have been instructed to ensure sufficient number of bouncers, to regulate the gathering and CCTV are to be installed.

Here’s a stirring video that will instill the good guy in you stay in senses.