Home Latest News Chandigarh & Around In Videos & Pictures | This is How Chandigarh Partied on New...
Facebook
Twitter
WhatsApp
Email 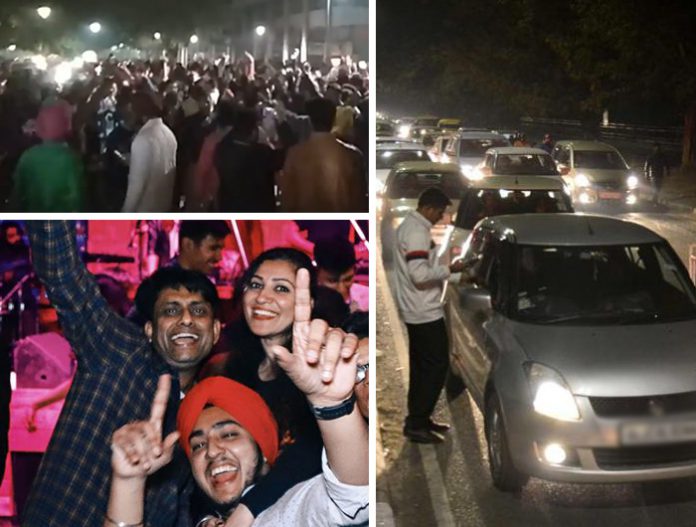 Chandigarh had been in party mode since Christmas. With the restaurants, discs and clubs hosting a rocking party each night for whole week, Chandigarhians’ literally partied their way into the new year.

The newbie in town, Flyp@MTV hosted a lively party ‘Most Viral NYE Party of the Season’ with an amazing theme where the guests were celebrities, walking the red carpet and having a professional photoshoot done. The ROOH band performed LIVE which made the crowd go crazy.

At Tao-Brew Pub, the SHUNYA band made the party lovers go nuts with their foot-tapping music.

The beautiful Chandigarh’s roads became the party destination for many. Not just the Gedi route but, Sector 17 and 22 especially saw infectious energy. The sector 17 plaza became the open discotheque with the crowd dancing and singing to their heart’s content.

On roads, the Chandigarh boys and girls were seen dancing to the music playing in their cars. Some were even sitting and dancing on the moving cars roof.

Police had to resort to mild lathi charge to disperse the highly excited crowd in and around sector 17.

Chandigarh police was seen on toes to keep new year celebrations in the city untouched by any untoward incident. Advisories had been sent out on social media to obey traffic rules and avoid drunk driving.

According to news, about 1500 police personnel were on duty, including 8 DSPs, 38 inspectors, 164 Head Constables, 835 constables, 111 police women and 275 Home Guards volunteers. In every sector with hot party destinations, like Sector 26 and Elante, the police made their presence felt. 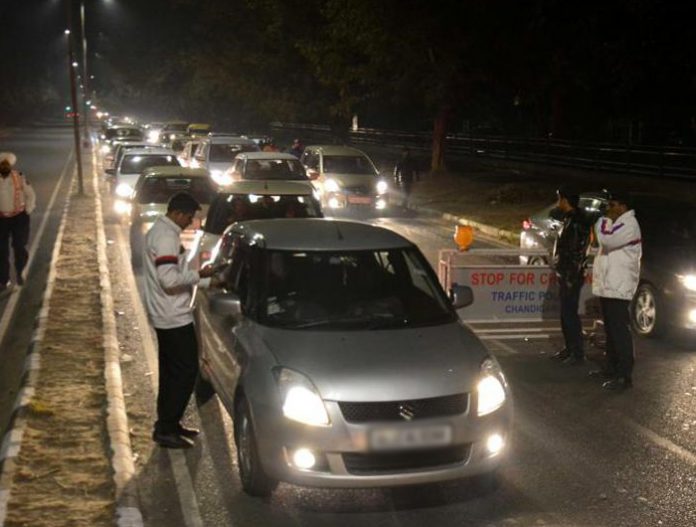 On the roads, the traffic police, armed with alchometers, patrolled the city roads to keep tabs on tipsy drivers. Even mobile nakas were set up to keep one step ahead of drunk drivers. Police vehicles were parked on either side of the road and commuters were stopped and checked for driving under the influence of alcohol.

Chandigarh Police challaned 203 drunk drivers on New Year’s eve. It was the highest number of challans issued in a day in 2017 for this particular offence. The traffic wing has recommended the suspension of driving licences of these offenders.