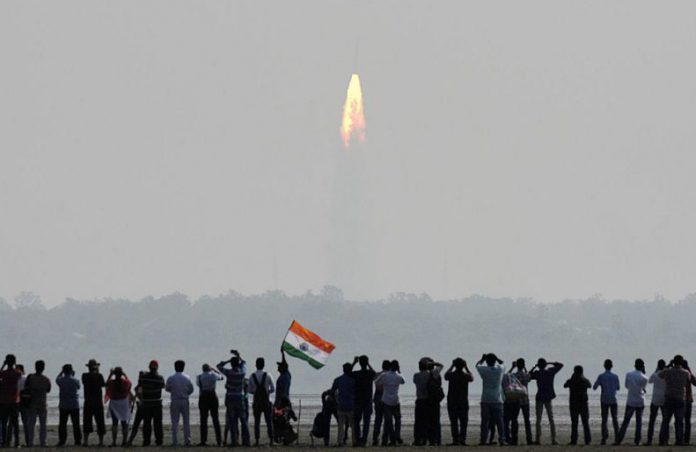 India’s successful mission to Mars, Mangalyaan, was all over newspapers and social media, and a group of beaming female scientists celebrated the moment. 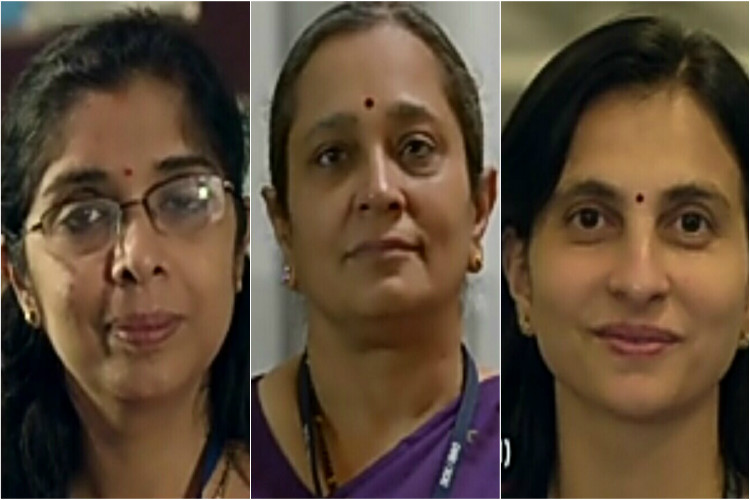 Girls are told to take up the field of Arts as their career as it is considered ‘easier’, and why do girls need to study Science when all they have to do is cook and take care of their husband and children in the future? Sad, but this is still true for most of the country till now. Want any explicit proof?

Just head to any science/engineering college around the country and you will find the skewed population in favour of boys.

Sad, but true it is. Science and Technology is still considered ‘unsuitable’ for women. Fortunately, these women have given us the much needed role models for us, girls, to look upto.

The achievements of these ladies really make us proud and I hope it inspires all the parents to encourage their girl child. ChandigarhX congratulates the whole team on this amazing achievement.

Snapshots from Afar, Breakthrough’s short film, is directed by Emily Driscoll. This film, on the women behind the Mars mission, captures the exciting leap that India took to space but also documents the one it took on land, in terms of gender.

What Mangalyaan means for the country?

Another thing worth noting about this mission. In October 2014 the New York Times did an utterly tasteless job of mocking India’s Mangalyaan success with a cartoon.
It depicted an Indian, with a cow knocking on the doors of the ‘Elite Space Club’. 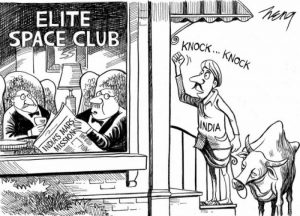 Of course, it wasn’t well received by Indians and the NYT issued an apology for the same.

Now, when India’s space agency launched a flock of 104 satellites into space over the course of 18 minutes on Wednesday, nearly tripling the previous record for single-day satellite launches, We got the perfect opportunity to strike back at the ‘Elite Powers’. 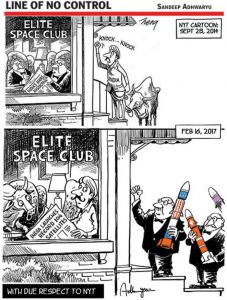 What do you think, NYT? Still thinking of India as the land of cows?

Tell us in the comments section below how proud you feel with this feat achieved by our country, especially the women.