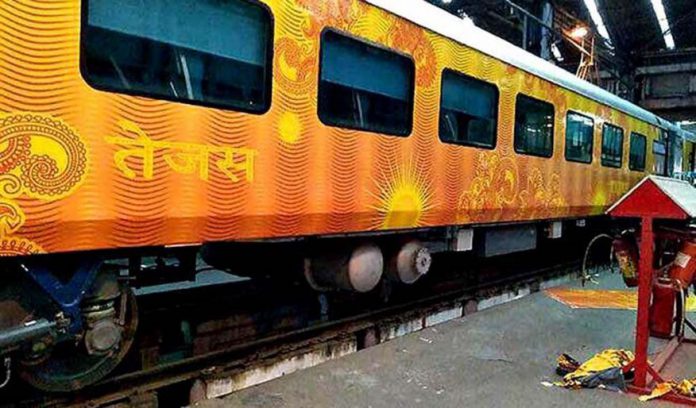 The Delhi-Chandigarh section will have a high speed of 160 kmph as the Rail Coach Factory (RCF) is all set to roll out the first rake of 19 coaches in a couple of days and will be on tracks by the end of the month.

Though the newly designed coaches can run at 200 kmph but due to constraints related to rail tracks these coaches will run at a speed of 160 kmph.

It is known that the the first rake comprising 19 coaches including sixteen non-executive and two executive chair cars besides one power coach will be handed over to the Northern Railway by May 15 and will be on track by the end of this month, provided Railway Board gives a green signal.

Initially the Railway Board had decided to run the first high speed train Tejas express on Mumbai-Goa section but now the allotment has been made to Northern Railways.

ABOUT THE TEJAS EXPRESS:

Enjoy the glimpse of Tejas Interior too:

Soon, Train Travel from Chandigarh to Delhi in Less Than 2 hours. Speed Upgradation to Max 200 kmph