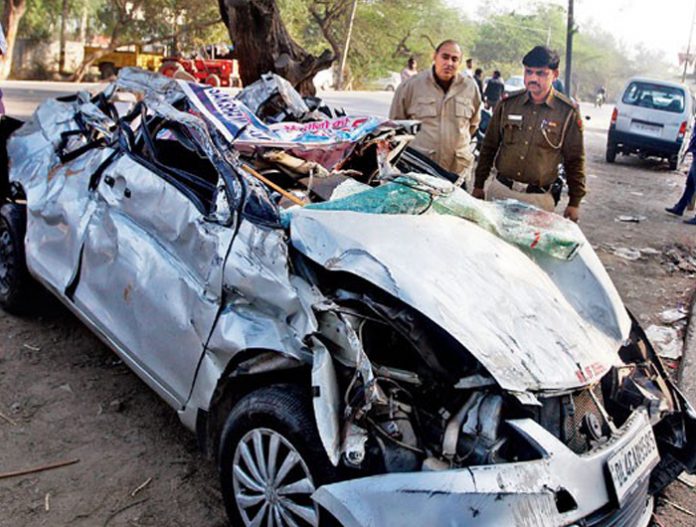 In a gruesome accident on Chandigarh-Delhi NH-1, five powerlifting athletes were killed on Sunday early morning. Two-time world champion, Saksham Yadav, was among those killed. The accident was of such a grave intensity that the roof of the car was completely blown off.

What & How of the unfortunate accident

Six athletes (all aged between 18-27 years) from Delhi were on the way to Murthal in a Swift Dzire compact sedan to celebrate one of them, Tikamchand’s, birthday. Near the Singhu border between Delhi and Panipat, the accident happened at around 4 am.
Eyewitnesses told investigators that the car was speeding over 120kmph despite dense fog in the area. The driver lost control and hit the road divider. The car climbed the road divider and smashed into a signage pole, turned 90 degrees, standing erect bumper touching the ground, rolled a few times and hit the divider again before it came to a halt.

The force of the impact was so high that the car rolled over several times and its roof got completely ripped off.

Five of the athletes, world champion Saksham Yadav, Yogesh, Saurabh Kashyap, Harish Roy and Tikamchand were killed and Rohit survived the crash but is gravely injured.

“It was Tikamchand’s birthday on Saturday and they wanted to celebrate the occasion. They had a liquor party in Delhi for the entire night and then decided to go to Murthal to make the birthday a memorable one,” said an investigating officer in the case.

Saksham Yadav had won a gold medal in powerlifting world championships in the junior category in 2016 in Slovakia and another in the senior category in Russia the following year. 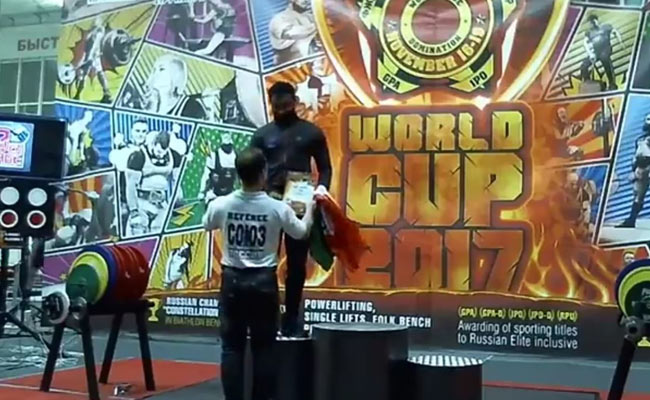 He was admitted to AIIMS Trauma Centre with serious head injuries and internal bleeding. “He died of cardiac arrest in the evening,” said the doctor.