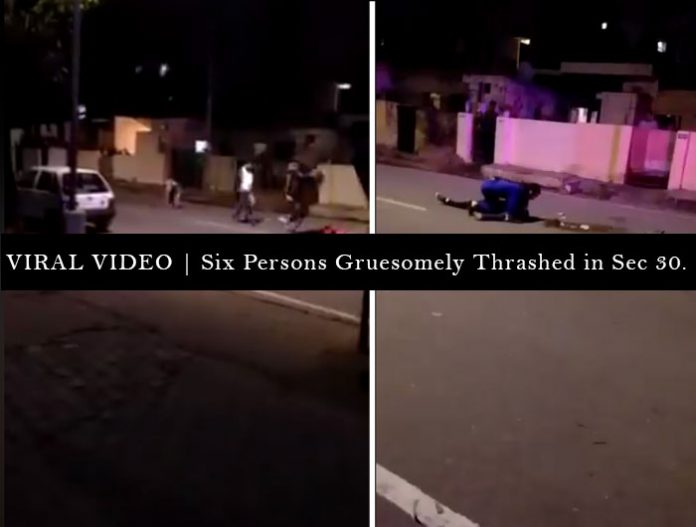 A video of a gruesome attack on a youth has stirred the tricity.

The video shows a man hitting another man, who is already lying unconscious on the road, with a flower pot.

As per the news reports, the brawl happened on Tuesday night near a wine shop in Sector 30. Six persons were assaulted there.

According to police, the victim Nishu Rishan had alleged that he along with his friends, Sanjeev, Suraj, Rohit, Happy, Sonu and Dinesh Mandel, were celebrating his birthday in front of the wine shop. There, five men Majid, Rahul, Atul Kumar, Puneet Sharma and Macchar started throwing bricks at him and thrashed him.

The complainant, Nishu Rishan, and his friends were admitted to the Government Medical College and Hospital in Sector 32 here.

The police has arrested the accused

The police has arrested Majid, Rahul, Puneet Sharma, all residents of Sector 30, and Atul Kumar, a resident of Sector 29. A case has been registered under Sections 323 (voluntarily causing hurt), 341 (wrongful restraint), 506 (criminal intimidation) and 34 (acts done by several persons in furtherance of common intention) of the IPC against all accused at the Industrial Area police station. And on the basis of the medical report of one of the injured persons, Suraj, the police later added Section 308 (attempt to commit culpable homicide) to the case.