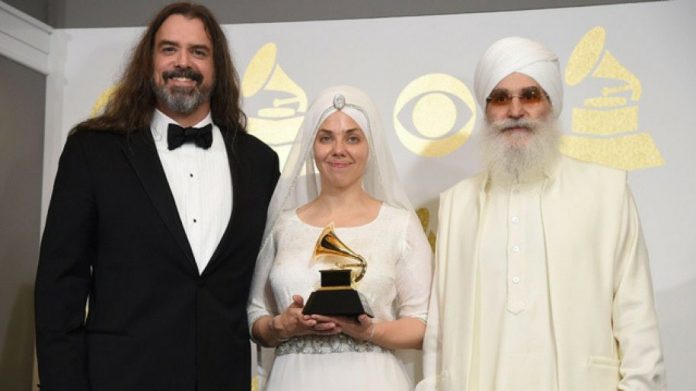 A Los Angeles-based Sikh band, White Sun has won the prestigious 59th Grammy award for the Best New Age Album for the year 2016 for their truly transcendental music. The band itself is not just a magical fusion of western and Indian music, but truly inspired by Sikhism core principles. The ten compositions in the album are the revered Shabads or hymns from Guru Granth Sahib or Sikh daily prayers. The 11th composition is an instrumental based on the Sikh expression for God – Akaal. 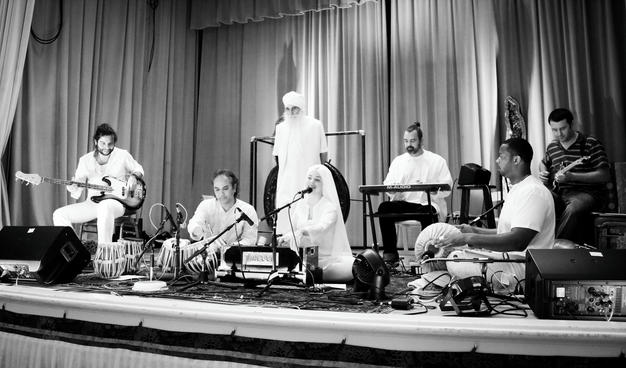 ‘White Sun II’ is their second album and has been creating waves across the world since its release in October last year. It has been ranked 1 on Billboard New Age Chart and earned great reviews from world class musicians and magazines. New Age Music Guide has called it ‘Breathtakingly beautiful‘, One World Music says ‘Simply magnificent group‘ and the like.

The award was received by lead singer Gurujas Khalsa, a turbaned Sikh of American origin, alongside band co-founder and two-time Emmy-winning music composer Adam Berry and instrumentalist Harjiwan, a turbaned disciple of the late Harbhajan Singh Yogi aka Yogi Bhajan, who started propagating Sikhism among Americans half a century ago.

Give it a listen and I’m sure you will be stupefied too.