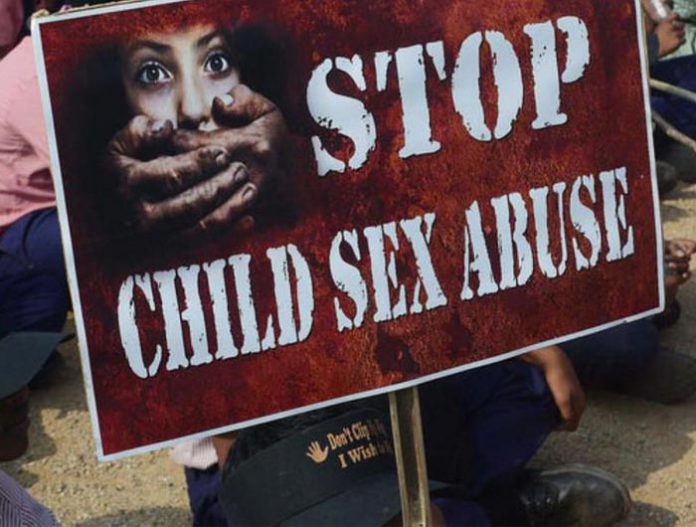 In what has come as a shocker in Chandigarh, a 34-year-old woman teacher has been arrested for allegedly sexually abusing a 14-year-old boy.

The case came to the fore in a dramatic series of events that happened between the teacher and boy’s parents culminating in the boy’s parents contacting Childline, a 24-hour, toll-free, telephone helpline service for children in distress on Wednesday and were guided to lodge a complaint with the police.

The teacher, a government school science teacher, and the victim are neighbours at Ram Darbar colony. The families know each other well. The boy, a Class 10 student and his younger sister started taking tuitions from her in September 2017.

The project director of Childline, Dr Sangeeta Jund, said, “The teacher requested the boy’s parents to send their daughter to for tuition separately so that she could ‘focus’ on their son. The parents agreed but on the pretext of imparting him knowledge, she started luring the boy physically in the beginning of 2018. She also gave him a SIM card to stay in touch with her.”

But, with his falling grades, the boy’s mother stopped him from continuing the tuitions in March.

Dr Jund revealed that the teacher had grown possessive about the boy. She contacted his parents again in April to send him for tuitions. In a desperate bid, she urged the parents to meet her with their son one last time at her house on Monday.

But, high drama ensued as she locked the boy in a room in her house in the presence of his and her own family. With the neighbours’ intervention, the boy was rescued but the teacher still followed him at his house and gulped a bottle of cough syrup telling the family that she was committing suicide.

The parents called the police and the woman was taken to hospital on Monday night. She remained hospitalised for a day.

Meanwhile, the parents reached out to Childline and were told to lodge a police complaint. The teacher was produced before a local court on Thursday, following which she was remanded in judicial custody.