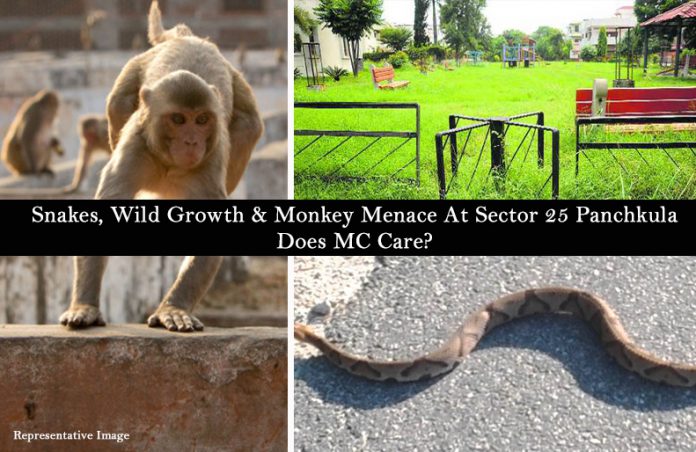 If potholes ridden roads were not enough to give Panchkula residents pain in their backs, monkey menace is adding to their agony tales now.

Monkeys and snakes are regular visitors of Sector 25, Panchkula where they are wrecking havoc to daily lives of residents. As in case of unmotorable roads, the local authorities are yet again apathetic to residents daily struggles with wild growth surrounding their homes and parks which has grown to a level that it has become literally impossible for anyone to step in for fear of snakes.

The residents have made several complaints to local authorities about the monkey menace, breaking window panes and lids of the overhead tanks, but authorities have turned a deaf ear to these complaints.

Resultingly, the residents have themselves taken charge to make their lives free from these unnecessary problems. The residents have now pooled in their resources to nip the problem in the bud.

♦ For Rs 8000 per month, a man is hired to produce sounds of lion-tailed monkey (langur) to catch monkeys.

♦ On a monthly salary of Rs 12000, a man is tasked to clear the wild growth around their houses.

♦ A snake wrangler has also been put on job at a salary of Rs 8000 a month to catch snakes hiding in the bushes.

This is yet again shows the apathetic attitude of Panchkula local administration to ensure a healthy livable environment to residents. What can be more embarrassing for administration than people themselves donning their role and fulfulling their responsibilities. 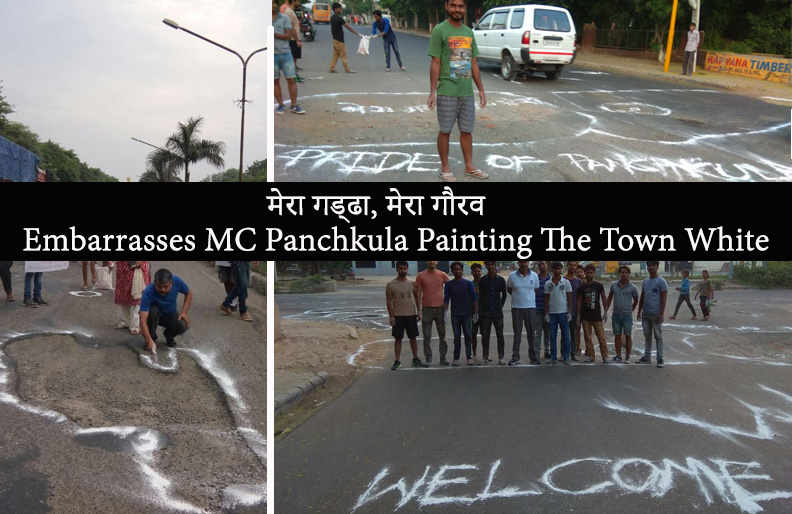