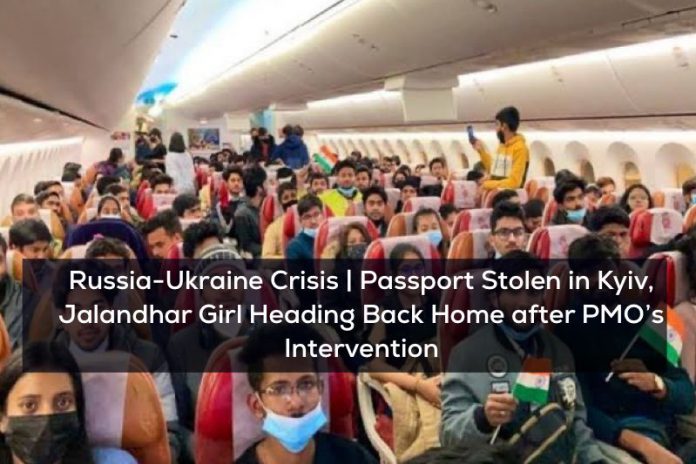 Amidst Russian striking aggressively on Ukrainian cities, Indian government has escalated its efforts to bring back stranded Indians (mostly students) from the war-zone under Operation Ganga. Regular advisories are being issued to help Indian to cross Ukrainian borders. Amandeep, Jalandhar girl who studies in Kharkiv Institute of Medicine, was robbed of all her documents at the Kyiv railway station.

Distressed and stranded, she could not get in touch with Indian embassy. She had to board the bus to Poland but she was racing against time. Her ordeal caught attention of PMO when a member of Covid Survivor Force whatsapp group, Vijay Mishra, spoke to Hindustan Times. She got a call from Amit Khare, Advisor to Prime Minister (PMO) and Indian embassy officials who assured to issue her an emergency certificate. “Yes, I got a call from Mr Khare and Foreign Secretary Harsh V Shringla,” the student said.

She finally managed to get her emergency certificate to get through the Polish border.