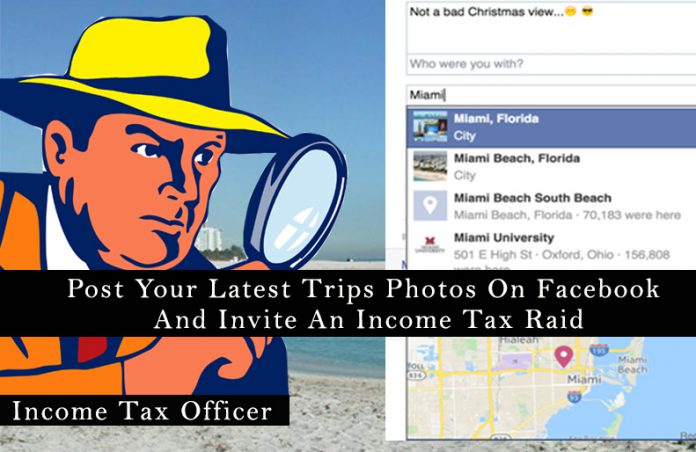 Better be careful in flaunting your foreign trips and latest gadgets on social media, it can land you in IT department net.

The central government has announced that its much-awaited Project Insight is all set to launch this August. The project is aimed at “strengthening the non-intrusive, information driven approach for improving tax compliance”.

This whooping Rs. 1000 crore Project Insight will get ‘insights’ of your lifestyle and match your spending patterns with your income declarations. Hitherto, government relies on “traditional” means like bank to nab tax defaulters. Now, your social media activity viz. holiday trips, eating outs, shopping, anything and everything will be under government lens.

♦ Project Insight will get ‘insights’ of your lifestyle by match your spending patterns with your income declarations.

Hitherto, government relied on “traditional” means like bank to nab tax defaulters. Now, your social media activity viz. holiday trips, eating outs, shopping, anything and everything will be under government lens.

For example, when you post pictures of, say, your recent trip to Europe or US on your Facebook or Instagram, the Income Tax Department can juxtapose the same with your income tax declarations and tax history to find if you are involved in tax evasion or not.

♦ It is said to be India’s most ambitious tax overhaul aimed at making people pay their taxes and penalising offenders.

♦ The tax compliance is expected to rise 30% to 40% during the first phase of the project.

♦ The project took around 7 years to come to shape.

HOW PROJECT INSIGHT WILL BE IMPLEMENTED?

The project itself will be implemented in three stages.

♦ All existing data (including credit card spends, property and stock investments, cash purchases and deposits) will be migrated to the new system.

The second phase will be launched by December this year.

Data analytics will process the information.

Individual spending profiles will be created so as to make inquiries will be more targeted.

In the last phase, which will go live around May 2018,

Advanced systems will be used to predict future defaults and flag risks.

There are several privacy and cyber-security concerns associated with Project Insight, but government is looking into options for a seamless implementation.