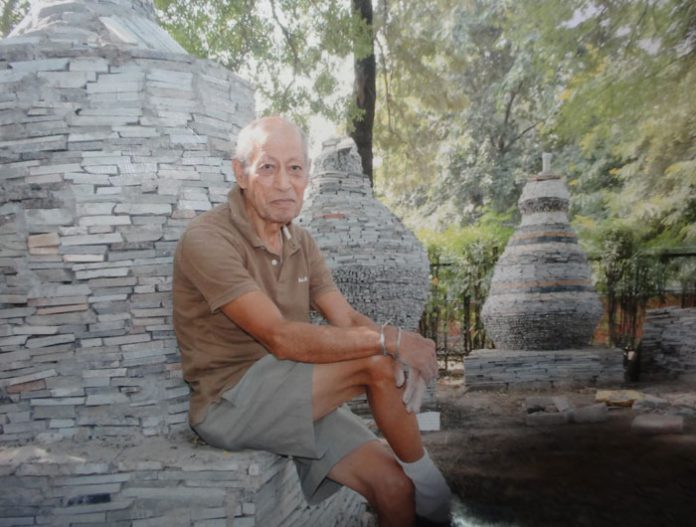 The path of success is laden with hardships, but only the resilient, diligent and strong resolute can make you win over the world. So was a man named Prabhu Dutt Gauri. A visionary creator of the Mini Rock garden located in Sector-12 Panchkula,that was inspired by the  Rock Garden created by another visionary Padma Shri Nek Chand, breathed his last on Monday, 20th November, 2017.

He was an 82 year retired bank manager who had created a wonderful art out of scrap that we throw out usually and consider useless. But, Gauri reused the trash and made aesthetic art work out of it.

His journey of creating the masterpiece

Gauri moved to Panchkula in 1996 and was saddened to see the deteriorated environment and humongous trash scattered everywhere. He got encouragement from an Indian Express photographer and instead of knocking the doors of the administration, he took the matter in his own hands and started replicating the models of his idol, Shri Nek Chand. Thus the initial motive of cleanliness drive soon became a final destination of creating a beautiful artwork.

Gauri had lost his balance of the scooter when suddenly a pup had come in front of his vehicle on November 16. He was hospitalized since then following which he was under medical treatment at a private hospital in Panchkula. His family members have donated his body to PGI.

As Gandhi once said,”Be the change you wish to see in the world.” This man was a living example of the same. May his soul rest in peace.