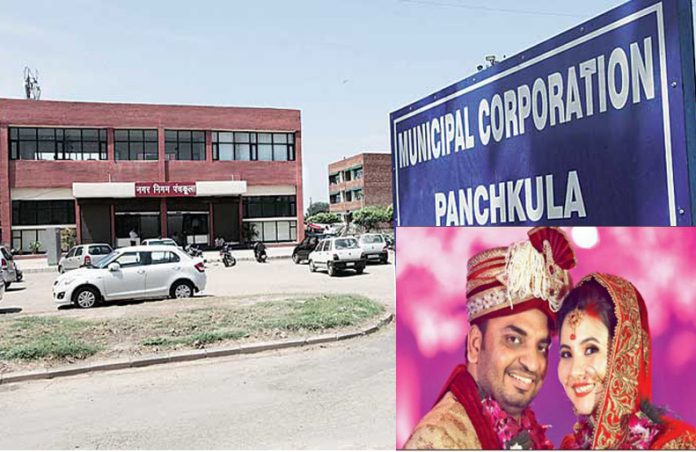 A Panchkula man and his Russian wife are forced to live miles apart all because of the tortuously slow bureaucracy of Haryana municipal department. The couple got married in Panchkula in January, 2017 and fulfilled all the formalities for the issuance of marriage certificate, but to this day they have got none and are forced to live separately in different continents.

Bride: Russian, a PhD scholar at the University of Tubingen, Germany.

They had been in five-year long courtship and on January 21, 2017, the two got married at a marriage palace in Zirakpur, near Panchkula, in the presence of around 500 guests.

They satisfied the conditions of the Haryana Compulsory Registration of Marriages Act of 2008. Since Mohit is from Panchkula, they applied to the Panchkula MC on January 24 to register their marriage. Aygul’s mother and brother, who were here for the wedding, also signed as witnesses in the MC.

The NOC was submitted to the MC after it was obtained from the consulate general of Russia in Frankfurt, Germany, where Aygul had been living for the past nine years.

According to Mohit’s brother, Sumit Rana, as per clause 1.4 of the Haryana Act, the registrar could register the marriage if either the bride or groom was a resident in the area under his jurisdiction. Even the dealing clerk, Shabana, had certified this, saying a number of marriages to foreign nationals had been registered under this act and the only document required was a no-objection certificate (NOC) from the foreign national’s embassy.

Despite having fulfilled all formalities required under the statute, the executive officer-cum-marriage registrar of MC, Panchkula, has not issued a registration certificate. The delay meant Mohit, who has a service contract with the Chile government as a neuroscientist, could not take Aygul back to Santiago as his wife, and she had to return to Germany.

“They are highly educated professionals and always wanted to marry in India. My brother is an established neuroscientist and both were even willing to work in India. But now they feel shattered because of official apathy in issuing them a marriage certificate,” added Sumit.

Now if the certificate was not issued, the couple would marry each other again, in Chile, and register their marriage there as it is much easier than registering it in one’s own country.