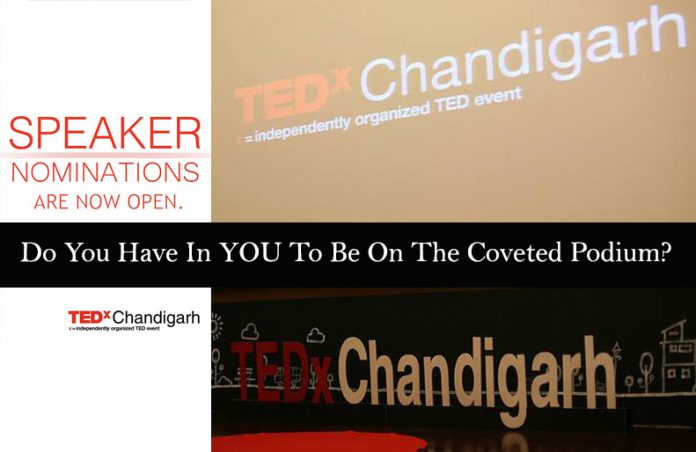 The single mention of the word itself inspires new ideas, passion, conviction, intellect and humans’ unending pursuit towards self-actualization.

Last year’s January witnessed the beginning of such inspiration running high in the region when TEDx Chandigarh brought some of the best minds from different walks of life, from around the world on a single podium, sharing their thrilling stories with a common denominator ‘perseverance never goes unrewarded’. Be it Abhinav Bindra’s or Ravi Singh’s or the ever loving Ssumier Pasricha aka Pammi Aunty, every speaker shook each and everyone present there in the ISB, Mohali auditorium from their deep slumber.

NOW TEDx Chandigarh is back!

TEDx Chandigarh is gearing up for another stimulating and intriguing session in January 2018.

TEDx Chandigarh is inviting speakers for its next session.

Do You Have What It Takes To Be TEDx Chandigarh Speaker?

The theme of TEDx Chandigarh 2018 is Past-Present-Future.

The idea behind the theme is the fact that we are progressing towards the future so fast, that we need to know our history as well. Because one (past, present, and future) does not exist without the other.

TEDx Chandigarh 2018 will thus portray ‘Remember the past, Embrace our present and Build the future.’

Who can be the TEDx Chandigarh 2018 SPEAKERS?

Thinkers, doers, and Idea-generators. People who didn’t just think about it but also did something about it. People whose story can make the world better, one step at a time.

How the Speakers will be selected?

TEDx Chandigarh has opened the nominations for 2018’s event.

The chosen speakers will then be specially groomed by the team, from the first draft of their talk right up to their final walk on the TEDx Chandigarh 2018 stage.

The speakers at TEDx Chandigarh 2017 were given all that was needed to nail down their final talk including a speaker coaching session with renowned speech trainer Laurie Schloff, founder of The Speech Improvement Company, USA, who trains TEDx speakers from around the world.

TEDx Chandigarh is an independently organized TED event operated under license from the coveted TED itself. It is a one-day conference that lets you take a step back from your everyday work to ask big questions.

TEDx Chandigarh is a team of volunteers in Chandigarh who are catalyzing innovation by sharing Ideas Worth Spreading with citizens around the world with a hope to shake you out of apathy, give you pause, and help you see two things: The world is endlessly interesting, and there are people working tirelessly to make it better.

ABOUT THE TEDx Chandigarh CURATORS 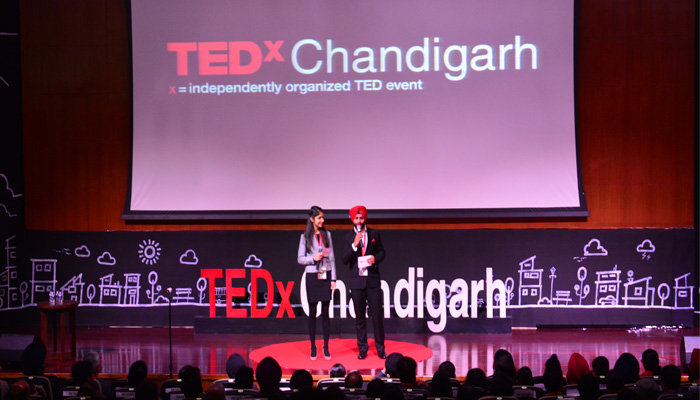 The zealous duo from Chandigarh with singular mission to redefine the lifestyle of the region which is heavily skewed towards consumerism and little concerned about mental growth. They both envision to ignite add a spark, “develop a community” that dedicates its whole energy in becoming the harbinger of the “intellectual revolution” and the bearer of “Dream. Ideate. Create” and show the world that “Punjabis are much more than balle balle and Honey Singh”.

Pritika Mehta, a tech genius (with Masters Degree in Artificial Intelligence from the University of Buffalo), boasts several hats including mentor at Girls Who Code, member of Boston Chamber of Commerce, Global Shaper of Boston hub of World Economic Forum and a TEDx Wellington Speaker herself. Simarpreet Singh, an engineer, also a Global Shaper at World Economic Forum and Curator of Chandigarh chapter of Global Shapers – this dynamic duo is on a spree to conquer the unimaginable heights in this young age.

Nothing can be more prestigious than being a TEDx speaker. Fill out the form and share your story to help creating a better world. 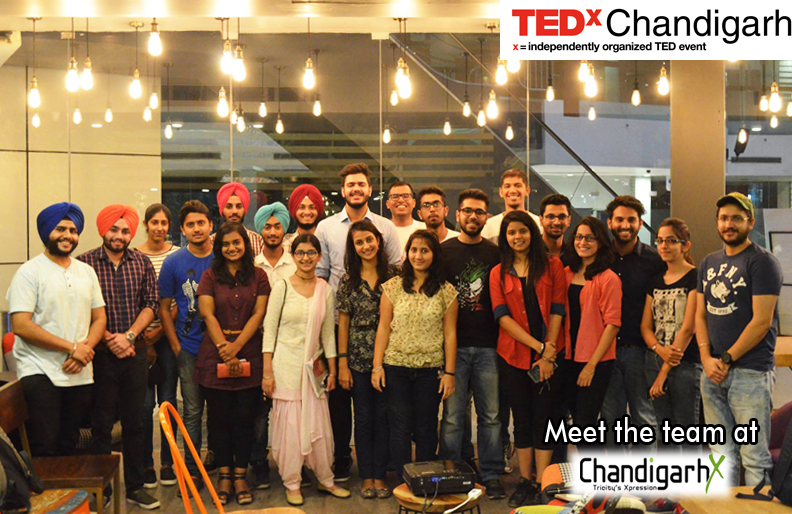