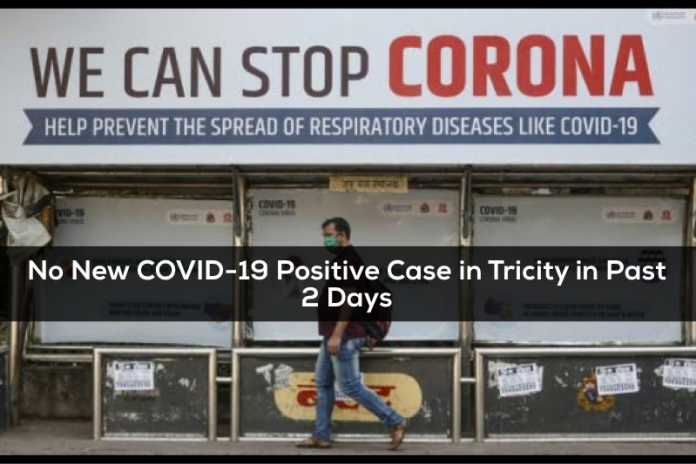 No fresh COVID-19 case has been reported in the tricity in the last 48 hours.

So far 166 patients were tested at the Post Graduate Institute of Medical Education and Research (PGIMER), 80 percent of these cases are tested negative.

As per the doctors, all patients were also reported to be stable.

On March 18, the first case was reported in Chandigarh. On March 23, the numbers shot up to 13. Out of a total of 164 tests, 151 samples were negative. Across tricity, 1,453 people are in quarantine in various private and government health centres.

The following number of patients are admitted at different places in Chandigarh:

No new case has come to light after these. Yesterday, two samples were taken in the city. Fortunately, their result was negative. A 29-year-old woman with travel history to Dubai was admitted to the isolation ward of GMSH, Sector 16. Another young female resident with no travel history, who was isolated in PGIMER, has tested negative for COVID-19.

Meanwhile, two more suspected people have reported at GMCH-32. According to officials, they are yet to be sampled.

Only one COVID-19 positive woman is admitted at the Civil Hospital, Sector 6.

In the previous five days, the city has seen no fresh case. On Tuesday, five other samples were also sent, the result of which was also tested negative. Dr Jasjeet Kaur, civil surgeon, said that no new sample was taken since then.

Total number of positive cases are five divided among the following hospitals:

As per reports in the Hindustan Times, these patients are stable and recovering. Dr Manjit Singh, civil surgeon in Mohali, said that there were no new cases. Twenty-six more samples had been taken for testing. Among these, twenty-one were negative. Five remaining results were expected by evening.

Supply of Essentials in Mohali

Regarding the door-to-door supply of essentials, Mohali administration provided a list of authorised ration stores on sasnagar.nic.in for home delivery of milk, groceries, and medicines. But, many were seen moving around to ration shops. Residents complained of shortage of wheat flour, pulses and cooking oil. However, the supply of milk and its products was available.

From 25 March 2020, there was a curfew and the government is working to fix some of the hardships being faced by the public. According to a Sector 80 resident, Pinky Kumari, 40-year-old, she called up more than ten grocery shops. The store owners claimed non-availability of wheat flour. But, this was not possible as they were hoarding stocks and selling at exorbitant prices.

Meanwhile, Girish Dayalan, Deputy Commissioner, said that the process would be streamlined today. Vegetable vendors would be issued curfew passes for the same.

Supply of Essentials in Chandigarh

Chandigarh administration is working to ease out supply of essentials to the residents. List of authorised vendors and stores are being released.