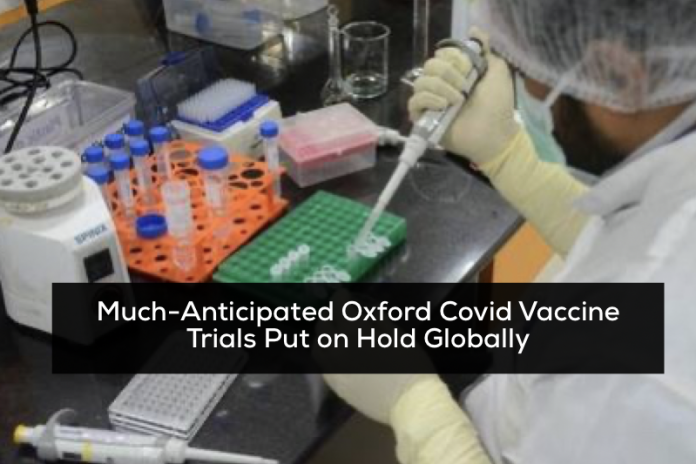 Earlier, one of recipients in the UK developed “unexplained” adverse symptoms to the vaccine and as a precautionary measure, four countries have put the trials on hold.

However, the Serum Institute of India (SII), the world’s third largest vaccine manufacturer, continued with the trials. It’s earlier statement said that as nothing untoward had been reported during the trials in India and that they would be continuing them. “We cannot comment on reports of the UK trials, other than that they have been paused for further review and that they hope to restart soon. As far as Indian trials are concerned, they are continuing and we have faced no issues at all.”

The Drug Controller’s General of India (DCGI) issued a notice to the SII on Wednesday, asking why it was still progressing with the trials and why no detailed report about the U.K. patient was sent to them.

The Serum institute is reviewing the situation & will keep the trials paused until AstraZeneca resumes them.

Meanwhile, British-Swedish pharma giant AstraZeneca had stated that such pauses in drug trials are “routine”.

Since the beginning of trials, a total of 100 volunteers have been administered the vaccine shots. Out of these, 34 were from the Bharti Vidyapeeth Medical College and Hospital, Pune. None of these volunteers had shown signs of ill-health & all vital parameters appeared normal more than a week after being given vaccine shots, according to authorities.

The Chandigarh-based premier institute PGIMER has put the recruitment of candidates for Phase 2 and 3 Clinical human trial for the vaccine on hold and are awaiting approval for the safety of first 100 participants recruited till now from the DSMB.