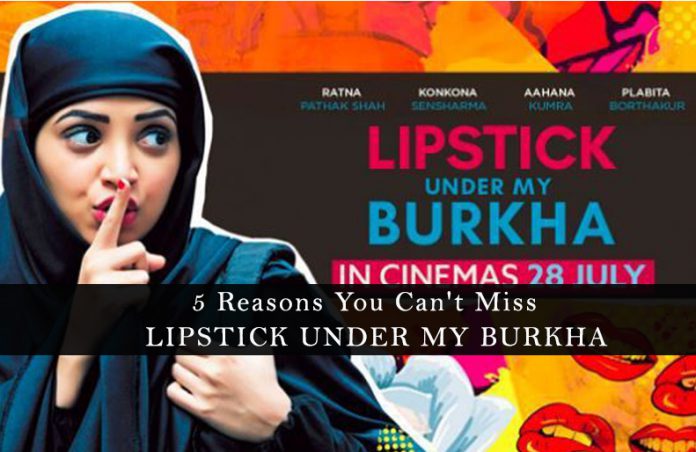 Rosy has big dreams and wild fantasies with a little taste of the dark and glossy lipstick on her beautiful lips… An open carefree sex in the car or a private affair behind the doors… But, hey, we can’t talk about this!

But LIPSTICK UNDER MY BURKHA does!

Let me clear the air here first. This is NOT a movie on feminism or women empowerment. You can call it a badass reminder to the society that ‘my revealing bra is no invitation’. Not only a lipstick but there’s a whole new person hidden inside a burkha desperate to breathe fresh air and sassy dreams.

If you haven’t watched the LIPSTICK UNDER MY BURKHA yet, I’ll give you 5 great reasons to book your tickets RIGHT NOW. 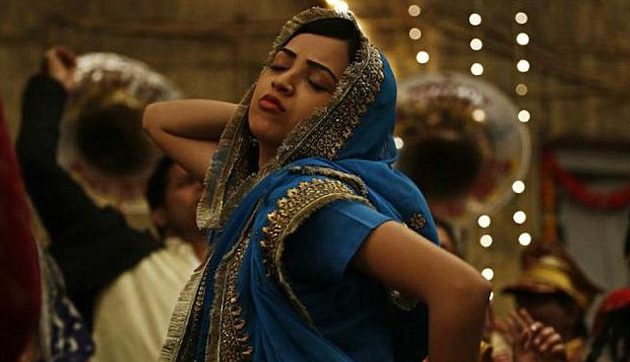 The censor board tried hard to make sure that this movie doesn’t reach our theatres. Obviously the whole generation of movie goers would have been corrupted and polluted, had they been exposed to the reality of eve’s world!!

Was it the reality of the desires of a woman which made them conscious?

Yes. We are living in a society that’s accepting shit but a little taste of reality gets on their nerves.

There’s a big difference between sexual assault and sexual desire and this movie talks about the desires. The society has just decided that it’s okay for the men to have desires but women doing the same would be a scandal.

Also, desires have no age bars, my dear!

Do you have any idea how many standing ovations, thundering applause and accolades this movie has garnered in its international screenings?

Let me enlighten you here.

Now, this is one tight slap our faces who boast about having world’s largest movie industry in the whole world!

2. PLEASE GOOGLE BEFORE YOU CENSOR 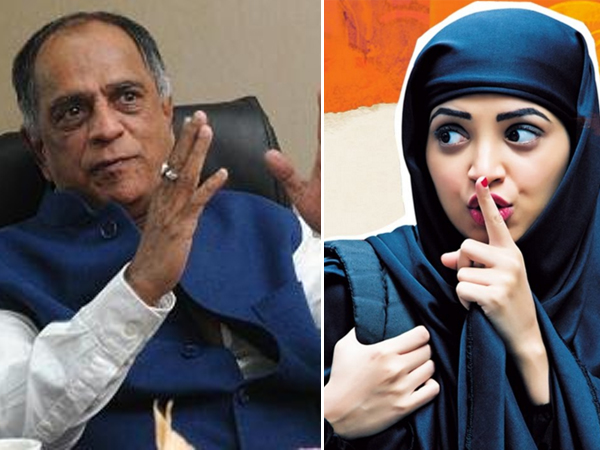 Yes! The censor board surely needs to google gender equality and get their concepts clear if they want to don the caps they are arrogantly wearing right now.

Have a look at the kind words the board said after rejecting the film:

‘The story is lady oriented their fantasy above life. There are contagious [sic] sexual scenes, abusive words, audio pornography and a bit sensitive touch about one particular section of society’.

1. THE BEST STORY TOLD IN THE BEST WAY POSSIBLE IN A LONG TIME 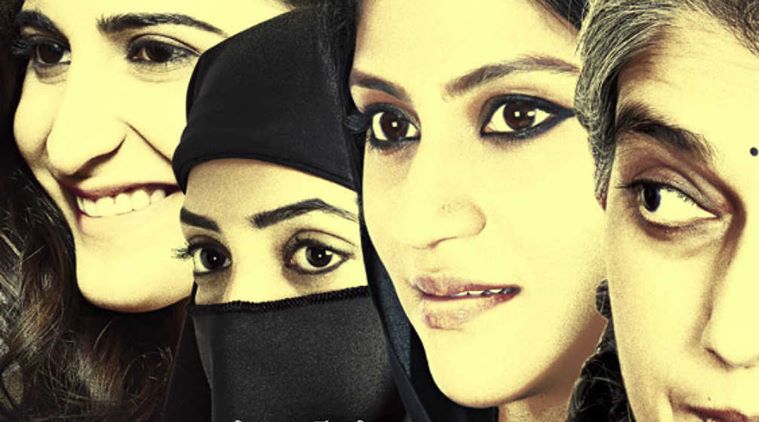 From the creative and amazing talent of the direction to those bold scenes shot the best way, lipstick had all our heart. Prakash Jha and Alankarita Shrivastava have sure marked a badass presence for 2017.

Konkona Sen Sharma, Ratna Pathak Shah, theatre actress Aahana Kumra and Plabita Borthakur, all these ladies did what everyone else is afraid to.

Oh! But this is a FEMALE ORIENTED film? How can it even do well on the box-office? We prefer mindless comedies, masala for three hours on our screen, not some ‘stupid reality’? That’s ‘parallel cinema’ and we don’t spend our time and money to appreciate ‘creative art work’! That’s for activists like people!

Acting is an art and so this film basically has it unlike other big banners promising more and showing literally nothing.

Watch this movie only if you can enjoy different shades of lipsticks under the burkha! 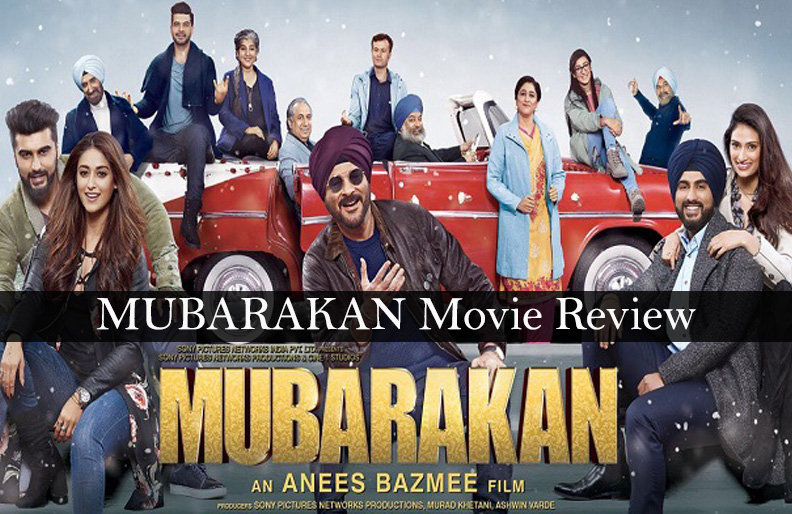