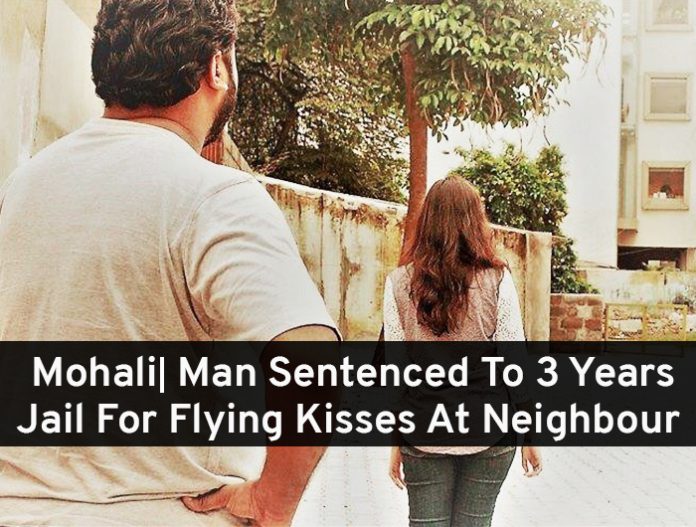 A Mohali resident has been sentenced to three years imprisonment for harassing his neighbour, as per police officials. The accused is identified as Vinod. In her complaint, the woman stated that he used to pass obscene comments and gestures like flying kisses at her.

After the woman mentioned to her husband of the harassment, the couple decided to approach the police. A complaint was lodged at the Phase 11 Police Station in Mohali.

Vinod stayed in the top floor flat of the same housing society at Phase 11, Mohali, where the woman lived with her husband. Interestingly, Vinod filed a cross-complaint against the couple. He claimed that the couple had beaten him up. However, the officials found his allegations to be baseless. After he was found guilty, the court sentenced him to three years in jail and a fine of Rs 3000.

Harassment results in the violation of women’s right to equality and dignity. Women are harassed everywhere and every day irrespective of their location. Even their locality is no safer.

Any kind of inappropriate behavior by men, – the so-called ‘normal hai, itna toh chalta hai’- is unacceptable, whatever may. Practices which may include physical or psychological harm underline discrimination and attack on women’s dignity.