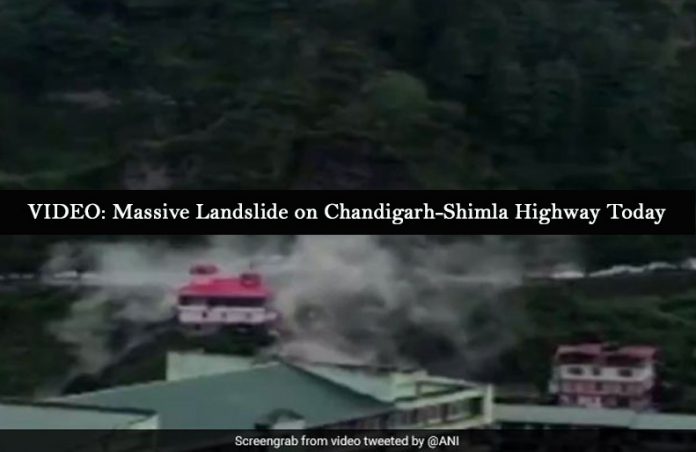 The incident took place near Dhalli Tunnel which is close to Shimla.

As per reports the traffic in the area has been severely hit.

DSP City, Shimla police said People who were stuck in houses below were rescued, 2-3 empty cars still under debris from landslide. Fortunately no casualties have been reported.

Part of the temple is also damaged.