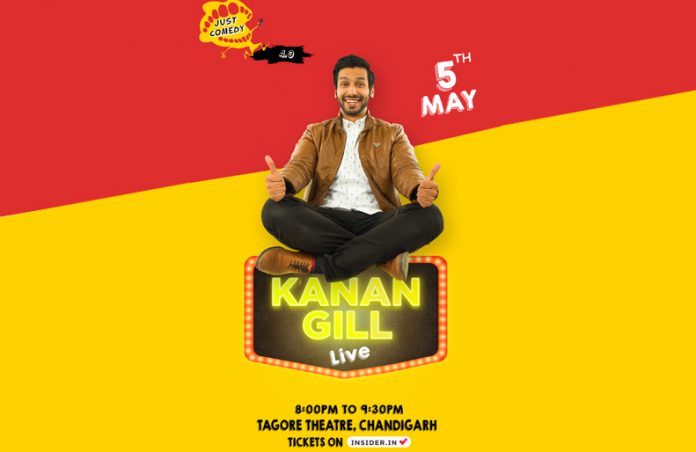 The name needs no introduction now. Comedy lover or not (though I hope none such unfortunate soul is out there), Just Comedy has become synonymous with rib-tickling humor and crazy wit.

The best thing about Just Comedy is that their podium is open to new talent. All you need is the wit to roll your audience on the floor laughing, and rest is their job. In less than a year, Just Comedy is slowly carving a niché for itself for being the best standup comedy show in the country and it is a matter of pride for Tricity that Just Comedy traces its roots back here only. From here, it has been on its hopping laugh ride tour to all major cities in the northern region.

The first ever Just Comedy edition started with Vir Das in Chandigarh in late 2016, followed by back to back shows of Zakir earlier this year. The festival grew and moved to Ludhiana in March 2017 with Zakir Khan performing at the Guru Nanak Bhawan, and now Kanan Gill is all set to make his debut in Chandigarh at the fourth leg of the festival.

This Bangalore-born dude, if you don’t know (pity you, if you don’t), is already a YouTube sensation with his ‘Pretentious Movie Reviews’ videos. An engineer, lead singer of his band, songwriter, actor and standup comedian (if you haven’t guessed already), he is one wholesome package.

(If I may add here… He is so charming that girls can go drooling over him.)

He is coming to Tagore Theatre, Chandigarh on May 5, 2017. I know it’s long time to go, but folks (especially girls) already grab your tickets because you can absolutely not take the risk of last minute shopping here.

Here’s a teaser of what and who you are coming for:

Be prepared for ROFL!