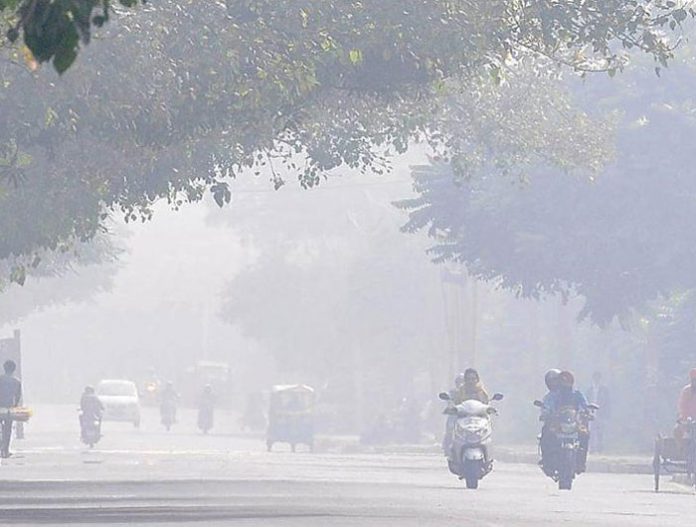 It’s Wednesday, and the citizens of Tricity are shivering from the cool winter breeze that blew on Tuesday night. If you were in Panchkula yesterday, then you must have noticed how chilled the weather was. That’s because the Met Department has predicted rains on Wednesday.

Rains were also predicted for Thursday as well. If that is the case, then the suspended particulate matter would be washed away. As a result, the mercury might dip further. With rain and wind, the Met Dept says the pollutants in the air will be blown away.

The Air Quality Index which had fallen way below normal, has now recovered and the city’s air has now become breathable. The air quality has improved from ‘very poor’ to ‘moderate’. The two tables given below tell the whole story.

This table tells us about the level of Particulate Matter (PM 10 & PM 2.5) that was present in the atmosphere in Chandigarh

(With inputs from Hindustan Times)

This data on AQI was collected from various parts of the city. There is a considerable drop in the level of particulate matter, signifying that the quality of air has gone from ‘very poor’ to ‘moderate’.

(With inputs from Hindustan Times)

RELATED: Chandigarh to Get Relief From Smog With Rain Predicted in Next Few Days

So Has The Smog Receded?

The Met Dept. has predicted rainfall in some parts of Punjab and Haryana. But mostly, dry weather is expected due to the low level of humidity in the atmosphere. If there are rains, then the pollutants will certainly be washed away.

Finally, the worsening air condition has come to a halt. But it is a half-hearted effort if we take the necessary precautionary steps. If we cannot put an end to stubble burning, then we will have to face the same situation next year. Let’s hope we nip the evil of pollution in the bud itself.