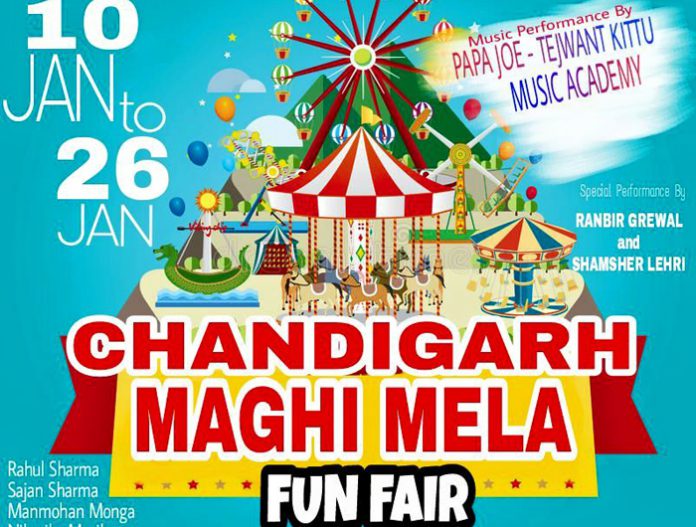 For the first time ever, a Maghi Mela, has been organised in Chandigarh.

Started on January 10, the Mela will end on January 26, Manimajra’s Kalagram is all decked up in festive fervor. With the most vibrant Rajasthani theme being in the backdrop, the fair already becomes a carnival to visit.

For the Lohri, special programmes have been planned. Voice of India and Sa Re Ga Ma Pa fame, Salina Shelly and Himanshi Tanwar, will mesmerize the audience with their soulful voices during the star night on January 13, 2017.

Punjab has a special relevance for Makar Sankranti called Maghi in Punjab region as the festival coincides with the martrydom of forty Sikh warriors of Mukstar battle (Chalis Mukte).