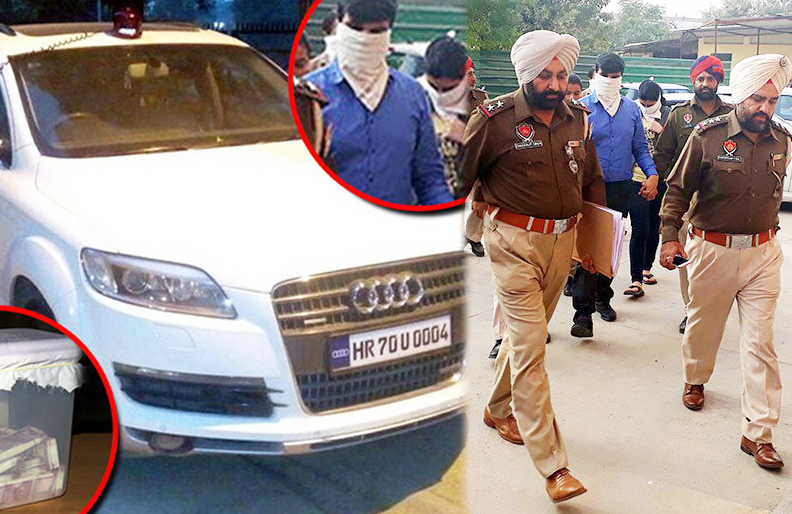 This morning Chandigarh woke up to the news that shook it to the core.

What turned the terrifying news into a distressing one when it was known the masterminds behind the forgery were two well educated youth, just 20-21 years of age.

Abhinav Verma has a B.Tech degree to his name and is into manufacturing sensors to be installed in visually handicapped devices. His ‘Live Braille’, a wearable technology innovation that helped visually impaired to walk around without the aid of a walking stick, was the one of the most celebrated innovation last year. He even got a mention by Indian Prime Minister at the Indian Science Congress in Bengaluru. Abhinav, who once said that he wanted to “change the lives of 50 million blind people in India” with his “freedom device” is now behind bars for duping people. His accomplice is his own cousin, Vishakha Verma is  an MBA student. Her father is an engineer working with the rail coach factory in Kapurthala. The greed to become overnight millionaires blinded them to take the laws in their hands.

Since the night of November 8, 2016, when PM Modi denomitised 500 and 1000 denomination, the black money hoarders are running pillar to post to save their money. There have been floating news on the commission agents who are helping black money hoarders in ‘adjusting’ their illicit money, but the duo did an unimaginable! They printed the only a few days old brand new denomination with a mere scanner and used the red beacon car to escape the traffic police nakkas!

What went in their favour was lack of information on the specifics of new denomination among the general public and the panic among the black money hoarders. The panic-stricken hoarders took little to their minds to crosscheck the authenticity of their ‘well-wishers’ or the notes themselves and parked crores to fetch what values cipher now.

The incident has become a distasteful pill for the people in the tricity. Already due to cash crunch people are facing problems in their daily lives, with this news they have become all the more apprehensive. There is a general trust deficit and people are doubting the denomination they have in their hands.

What happened is definitely shameful, but we need to be more careful than ever. Periods of change are tough, however we need to arm ourselves with the right information instead losing hope.

What we can do instead:

What helps you to differentiate between an original and a fake one is latent images along with colored strip security threads and watermarks.