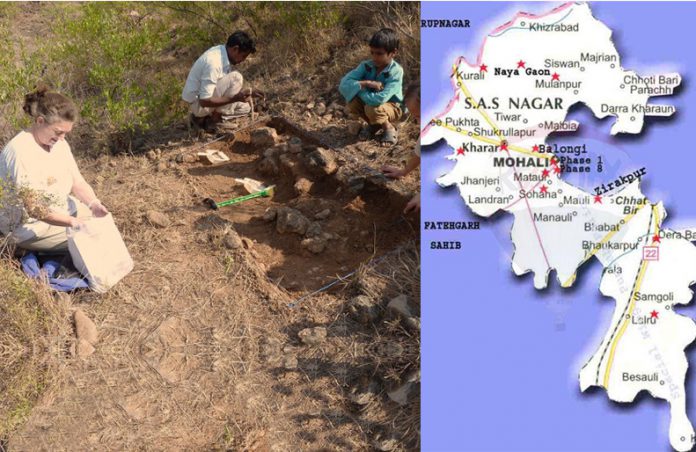 A small village in Mohali district, Masol, approximately 18 km from Chandigarh might be the land of man’s origins 26 lakh years ago. If true, the theory of Out-of-Africa on man’s evolution as we know it today (Man originated in Africa and spread out from there) will stand challenged and Mohali will become historians’ and archaeologists’ paradise.

The Indo-French team has been excavating the village for last many years. 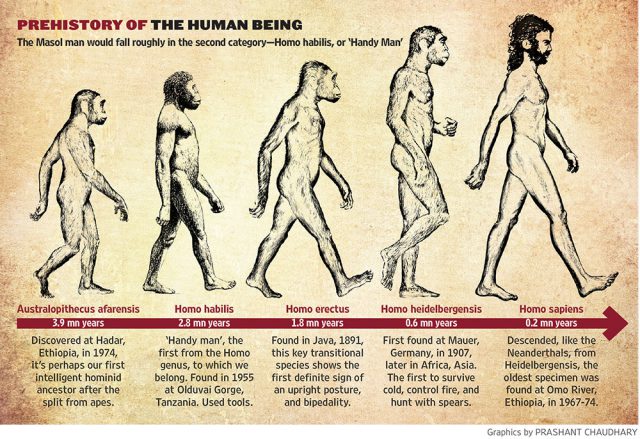 Last year, the joint IndoFrench team sensationalised the world with their paper in a French journal Comptes Rendus in which they had claimed that cut marks on fossilized bones found in Masol are a proof of Hominin activities dated back to 2.6 million years.

Now, the team has sent fresh samples of sediments, including sand and stones taken out from the land formations of Masol archaeological sites, to Paris for testing with Cosmogenic Radionuclide Dating technique which will establish the time of the samples.

{Cosmogenic Radionuclide Dating maps the impact of bombarding on the material with cosmic rays to know its age.}

The Society for Archaeological and Anthropological Research (SAAR), Chandigarh is working in research partnership with National Museum of Natural History, Paris on the archaeological excavations.

Now, the project in in dire need of funds for its continuance. The SAAR has been approaching government and private business houses for the sponsorships.

“Uninterrupted flow of funds has become crucial to our project as we are entering the next level in our ongoing research. We are trying our best so that further excavation and analysis of fossils should not suffer due to lack of money ,” said  Mukesh Singh, the Director of Society for Archaeological and Anthropological Research (SAAR), Chandigarh who has devoted most of his professional life searching for evidence of Hominin (early man) activities in Masol.

If the latest samples from Masol turn out to be older than 26 lakh years, then it could reopen a new chapter in the pre-history of the origins of man and strengthen the view that man’s evolution took place outside Africa as well.