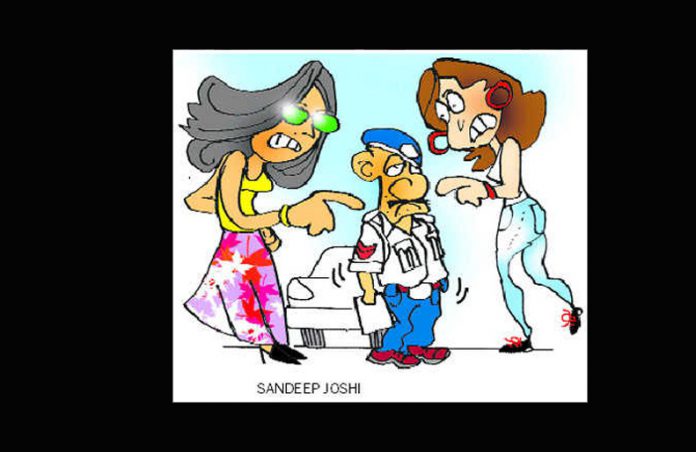 We are used to hearing stories of police brutality on the denizens, only once in a blue moon do we hear other way around. And women assaulters, never!

Well, again which may be a first time ever, two women misbehaved with a traffic police constable on duty after jumping the red light.

Last evening, two women both drunk jumped the red light near the Judicial Academy, Sector 43 and tried speeding away from the spot. But, they moved towards a dead end and halted there. The traffic policeman on the spot when told them about the traffic violation, the women misbehaved with him and tore his uniform.

Constable Manjit Kumar, posted in the traffic wing, who was stationed near the spot, informed the Police Control Room following which a police team was rushed to the spot.

The police said since it was late evening, the women were not arrested yesterday. They were arrested today and produced in the court. They were granted bail by a court as one of them has her wedding on May 11. They were released on a bail bond of Rs 35,000 each.