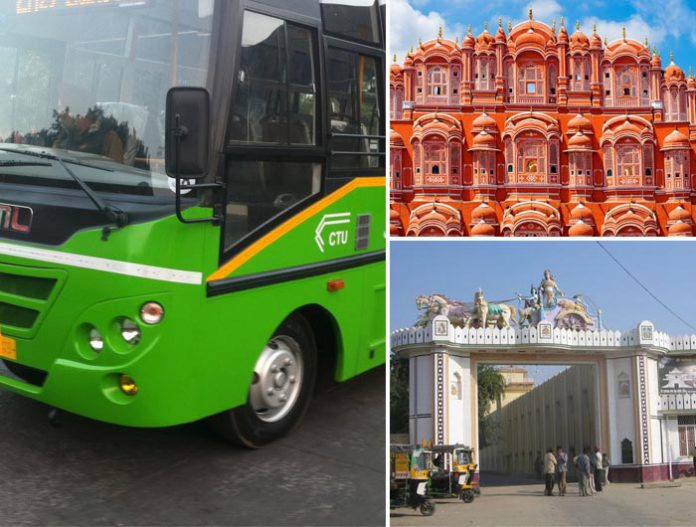 This coming August, the UT Chandigarh transport department will have two more destinations in its itinerary. CTU will run AC buses to Jaipur and Sri Ganganagar in Rajasthan.

However, earlier plan of adding Ferozepur and Bathinda in its network has been dropped.

The CTU wants to widen its inter-state network and has already placed an order of 40 semi-deluxe buses. The buses to Jaipur and Sri Ganganagar will have room for 47 seats, adequate luggage space, air-conditioning and heating, LED based front destination board, LCD tv.

These facilities will come at a price as the passenger fare will be hiked by 20% according to sources.

Presently, AC buses are plying only to Delhi and Shimla.

CTU has 215 permits of various interstate routes including Haryana, Punjab, Himachal Pradesh and Delhi. CTU is using only 160 out of them. Due to shortage of number of buses in its fleet, CTU is earning major losses which it can easily plug by using all its permits.