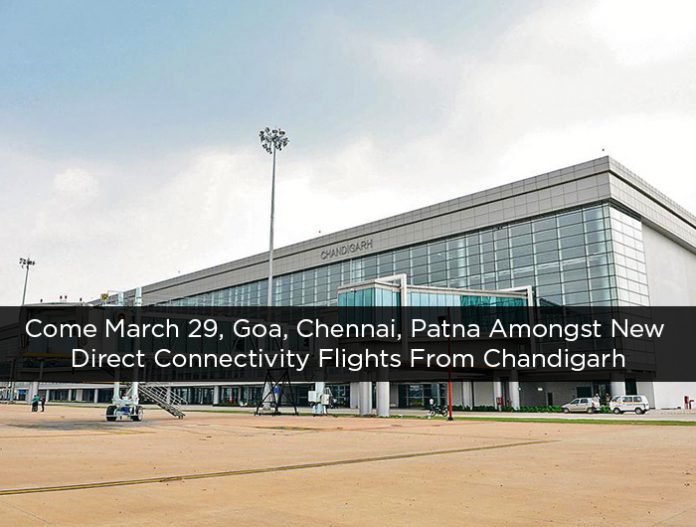 Come summer and the city will have direct air connectivity to picturesque destinations in the country. These are namely Goa, Patna, Surat, and Chennai.

The summer flight schedule will be enforced at Chandigarh International Airport on March 29.

In all, there are 64 flights proposed in the summer schedule. Indigo is likely to operate 29 flights to Goa, Chennai, Surat, and Patna. The one to Goa will take off after midnight. 24×7 operations became a reality in April 2019.

Chandigarh – Patna: Welcoming the direct flight to Patna, city residents will also get connectivity to the holy city. It was a long-pending demand, as Patna Sahib is the birthplace of Guru Gobind Singh.

Indigo is going to operate two flights between Chandigarh and Patna from March 30.

Besides this, Air India, Air Vistara, GoAir, and Air Asia airlines will connect to several other destinations of India.

Meanwhile, Indigo airlines are all set to resume its Dubai flight from February 15. Citing cancellations and delays due to poor visibility, the flight was suspended from December 14 onwards.

No Screening For Coronavirus Here

As per a spokesperson of the Chandigarh International Airport, travellers are not being screened for coronavirus. In the absence of international connectivity, no need to do so has been felt. However, many international airports are thermal screening passengers from China and Southeast Asia as a precautionary measure. Those arriving at airports like Delhi and Mumbai are being scanned before boarding flights to Chandigarh. Thus, the airport was safe.