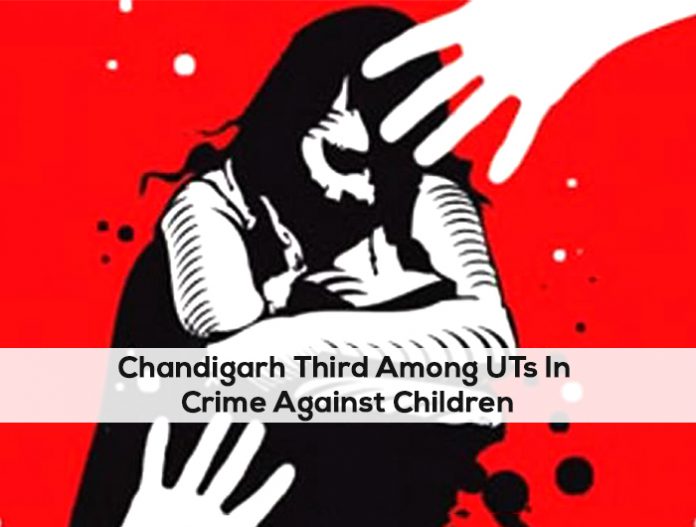 The National Crime Records Bureau (NCRB) figure reports that Chandigarh stands as the third most unsafe UT in India for crime children. Delhi has been ranked on top and Andaman and Nicobar Islands on the second number.

Figures released by NCRB states that the city recorded 288 cases of crime against minors in 2018. Out of these cases registered at 16 police stations, 181 cases were of kidnapping, while 81 cases were of sexual harassment.

The maximum number of crimes against minors was registered in 2018 as compared to 2016 and 2017. Under the Protection of Children from Sexual Offences (Pocso) in the city following number of cases were registered:

As per the data in 2018, police had arrested a total of 166 persons for crimes against minors. Out of this, 150 were charge-sheeted. 54 of them were convicted and 56 others were acquitted by the courts.