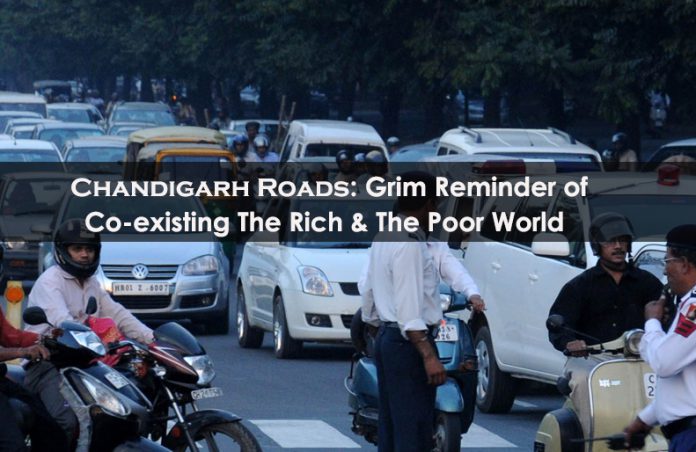 There are two worlds that we live in that do seem to be one, but in reality co-exist with stark differences in everything. The poor and the rich!

Both the worlds have exactly the same entitlements and constraints by law, however reality is not so rosy as portrayed in black and white in books. As common a thing as roads. Does any ONE person or class or caste has monopoly over it?

Here we are not talking about some caste or class ridden village or small town. It’s CHANDIGARH itself here.

In a distressing incident, youths drunk in power of money on their posh steering wheels (BMW and SUV), allegedly smashed glasses of four rickshaws and badly beat up an auto-rickshaw driver.

His crime: he took a sharp turn.

The young boys caught him, beat him, hit him with stones and when he tried to flee, brought out the sluggers and smashed glasses of four auto-rickshaws.

Though the case has been settled on a compromise, however it again brings to light the world where the rich has the monopoly over everything.

This is not once in a blue moon incident.

And the most distressing part, in most cases it’s the youngsters who arrogantly flout all decencies and remain drunk in the power they have got in inheritance.

We all are silent spectators to such ugly discrimination on our much touted ‘beautiful’ roads. Who has the more expensive car, has the monopoly on roads. Poor cyclists, rickshaws and auto don’t even count. They all are ‘saale’ migrants who have thronged here and tarnished the beauty of our city! Right? 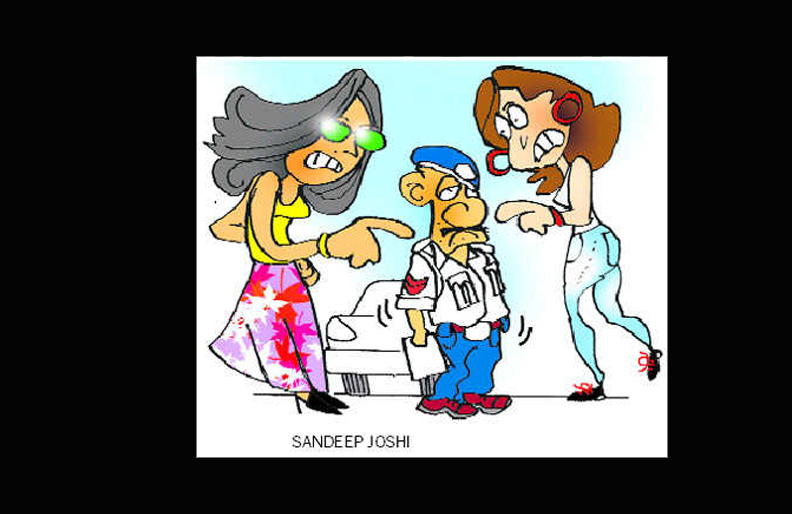