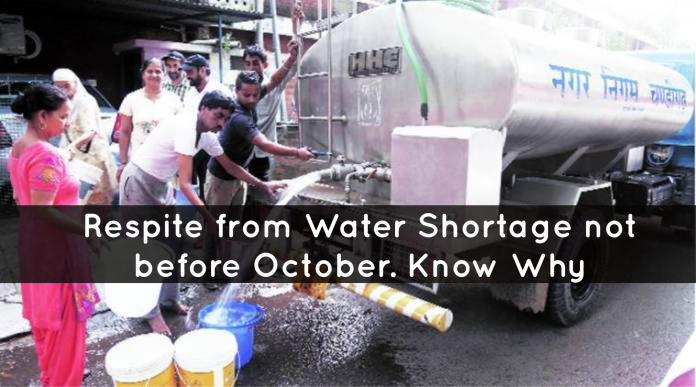 The water shortage in Chandigarh has caused immense suffering to residents. While some areas receive low water supply, there are places where people have to chip-in to arrange for own water tanker when MC Chandigarh’s tanker would not show up.

However, water situation seems to be turning better from coming October. Additional water supply from Kajauli waterworks via Jandpur pump has reached Sector 39 waterworks. Now this water will be treated and reach Chandigarh households by October.

This additional water Kajauli is coming under phase V and VI, under which Chandigarh will receive additional 29 million gallons daily (MGD) making the total of 114 MDG. Currently, UT Chandigarh gets 85 MDG out of which about 58 MGD comes from Kajauli waterworks phases I, II, III and IV, and the remaining 27 MGD is generated through 250 tubewells.

MC Chandigarh has been trying to nip the water shortage problem in the bud for long. The ongoing water crisis in the city has, however, made them to become proactive and take constructive steps sooner than later. Many under consideration are:

What is Kajauli waterworks afterall?

Time and again, Kajauli waterworks is coming up in the ongoing acute water shortage we are grappling with. Let’s know what it is.

Kajauli Waterworks is water supply department of Punjab located on the Bhakra mainline canal near Morinda in Ropar. In the year 1983, an Chandigarh, Punjab and Haryana signed an agreement in which it was decided that water from Bhakra through the Kajauli waterworks will be supplied to Mohali, Chandigarh, Chandimandir and Panchkula.

The Kajauli waterworks was agreed upon to be in various phases of which four has been completed. Under phase V and VI comes the project of laying the 23.5-km-long pipeline from the Kajauli waterworks to Jandpur in Mohali. It was launched in March 2012. But water reaching Chandigarh has been missing deadlines since 2016.

The work of pumping raw water from Kajauli up to Jandpur has been done by GMADA while from Jandpur up to the Sector 39 waterworks has been executed by Chandigarh MC at an estimated cost of Rs 89 crore.

At Jandpur, the storage tank has the capacity of 4 MGD. There are four working and two standby pumping sets which pump raw water. It is fully equipped to handle any electricity failure since the MC Chandigarh has provided 100 per cent back-up system that ensures the motors are running all the time at Jandpur pumping station.

On Tuesday, GMADA successfully made one pump operational from Kajauli waterworks to Jandpur water storage tank and from Jandpur to the Sector 39 waterworks by the Chandigarh Municipal Corporation. In the coming few days, the pumping system will be stabilised when all the motors from Kajauli and Jandpur will start working in phased manner. Additionally, the newly constructed 15 MGD water treatment plant at Sector 39 waterworks will also be stabilised by the end of September 2019.