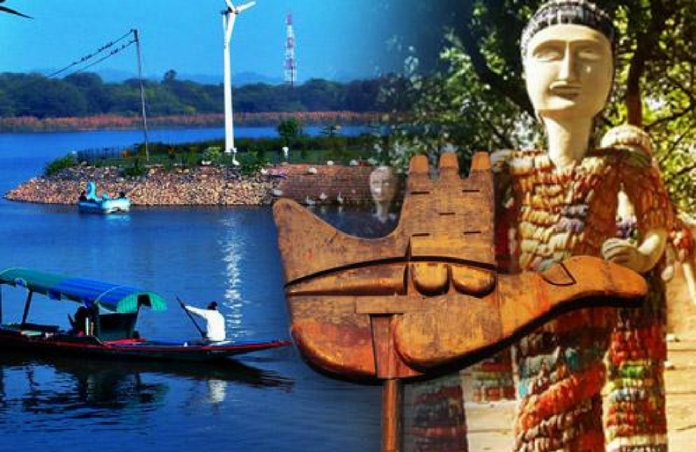 We love Chandigarh. We do. But it is not that we love it for no reason! We have very solid reasons to admire this amazing city. No, not sentimental, not subjective, this time, we are being absolutely objective.

Here are 7 parameters that Chandigarh ranks top in, and these are the reasons why Chandigarh is awesome. 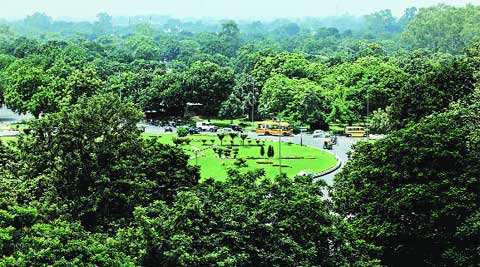 Well, the world knows this. Which city can stand in comparison to the greenery of Chandigarh?

A large number of parks and gardens (all well maintained), all roads tree lined, and all avenues lush, the ‘green’ of Chandigarh is it’s very soul. Take it away from my city, and it’s no more the same. In fact, landscaping and tree plantation was a very important part of the master plan of Chandigarh.

Also, Chandigarh was ranked the second cleanest city in India, second only to Mysuru in the government’s Swachh Sarvekshan 2016. And we are proud!

Well, does that mean we are the richest? Oh yeah!

Chandigarh consistently bags the top most positions in various parameters of human development viz. the quality of life, infant mortality rate, life expectancy etc. The city has been consistently ranked an overall No. 1 in Human Development Index in the surveys and reports conducted by private and government agencies in the country.

‘Humans’ of Chandigarh are developed!

Being a modern and progressive city, Chandigarh is one of the most literate capital city of India. According to the 2011 census, the adult literacy rate of the city is 86.43 %, which is a way higher than the national average of 74.04%. Not only a majority of the citizens are literate, but most of them are highly qualified graduates and post-graduates. 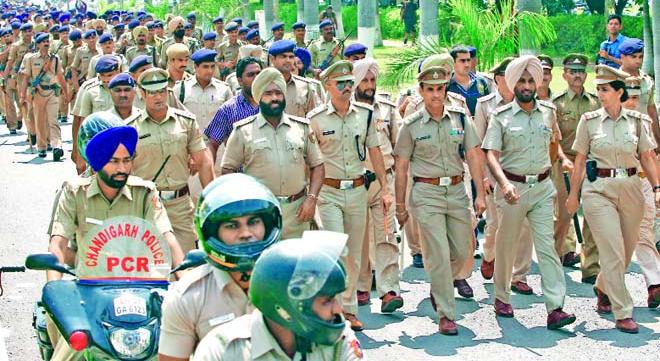 Were you expecting the city to top in something like that? Chandigarh has the highest ‘Police Density’ for any state or union territory in India. This means that the number of policemen per unit area is the highest in Chandigarh. Chandigarh Police has got 5295.6 policemen per 100 square km of area, to be exact.

It’s not just the numbers, but the Chandigarh Police is also a pro at its work, to be one of the smartest in the country. This takes us to the next point.  (And yeah, we are proud of Chandigarh Police, though we hate them sometimes!) 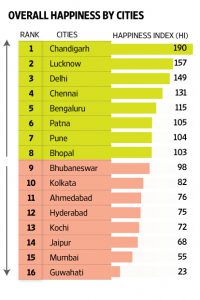 In 2015, LG Electronics conducted a survey of Indian cities and ranked them according to their ‘Happiness Index’.

And guess what? Chandigarh ranked 1st!

All the factors mentioned above, a clean & green environment, less pollution, less congestion, law and order, low crime rate, educated and liberated minds – all of this make us the happiest!

7. A leader in e-readiness.

Chandigarh has been adjudged a leader in e-readiness, according to a report of the Govt. of India. E-Readiness measures a state’s ability to participate in an increasingly networked world. It also indicates the penetration and usability of the Information and Communication Technology (ICT) enabled services at the level of individuals, community, and governance.

Well, they don’t have a ranking for that but had they had one, we are sure Chandigarh would have topped the list! Is there any doubt?

People of Chandigarh are just so awesome….Kaint ek dum!!