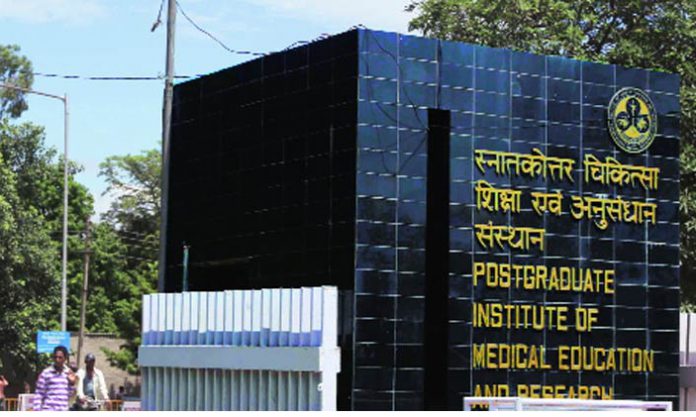 The Doctors of Post Graduate Institute of Medical Education and Research (PGIMER) performed a rare feat on Saturday. The Chandigarh PGIMER  performed their first combined liver-kidney transplantation (CLKT) on a patient who was terminally ill. He was suffering from end-stage liver and renal failure. The surgery is supposed to be fairly complicated, but the doctors were able to come out triumphantly.

A girl, native of Bihar, was admitted to a hospital in Ludhiana after getting severe brain injuries following an accident on January 24. She was later referred to PGIMER, where she was declared brain dead.

Her Family Decided to Donate her Organs

This allows 3 critically ill patients a fresh chance at survival.

It Was A Grueling and Meticulous Surgery

A 12-member team, including surgeons, residents, transplant coordinators, technical and nursing staff, conducted the surgery. First, the liver was replaced, which took around 10 hours. It was then followed by the kidney transplant. The surgery began around 5 am on Saturday and lasted till night.

The procedure cost around 10 lakh. It is about one-fourth of the price charged by private hospitals.

Prof. Anil K Gupta, medical superintendent, PGIMER, said,“Words cannot describe the selfless gesture of the donor family. Due to their decision, the donor family has given a new lease of life to three terminally ill patients.”

Also Read: Comedy Reached to an Insane Level at Just Comedy in Chandigarh