Home Latest News Chandigarh & Around Chandigarh | No Chopper Rides but Other Attractions in Line at Rose...
Facebook
Twitter
WhatsApp
Email 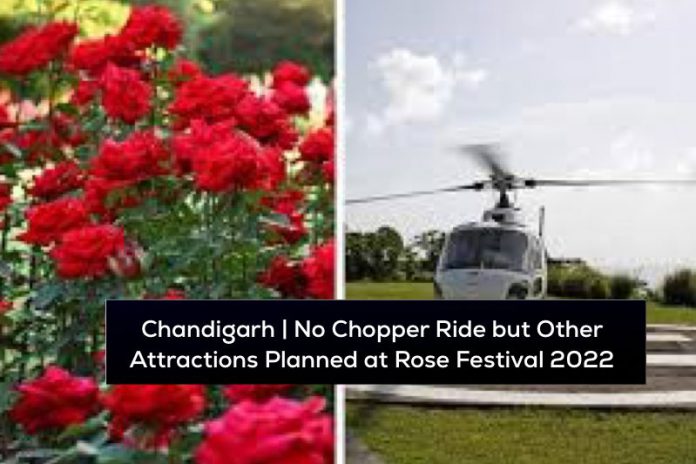 The chopper rides at the Rose Festival has been the major attraction but this year it will not be there due to “safety issues”.

Rose Festival is decided to be held from February 25 to 27 at Rose Garden, Sector 16.

“At a meeting today, we decided to hold the festival from February 25-27. No chopper rides will be there. We are introducing a few things this time. We will also try to make it a zero waste event,” said Anindita Mitra, MC Commissioner.

There were deliberations on organising the Rose Festival in the first week of March to align it with the Centre’s “Iconic Week” celebrations under the Azadi Ka Amrit Mahotsav. However, officials said roses at the garden might wither by that time.