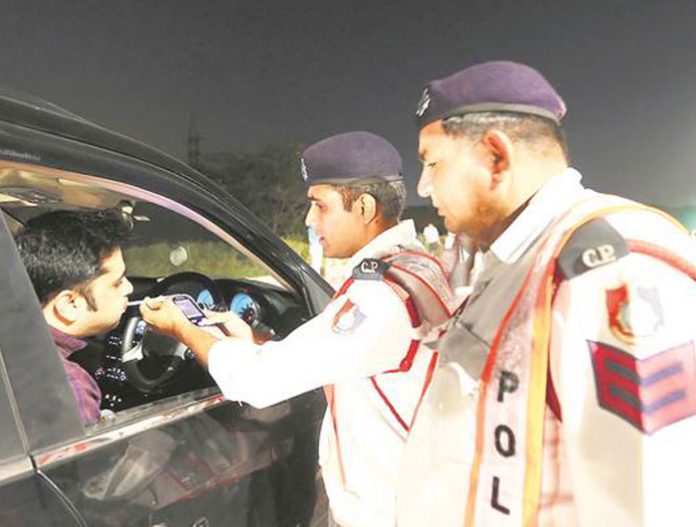 If you are going on a wedding or a party and planning to get tipsy then think twice before doing so.

Drunken driving can now cause you lose your driving license for about six months.

As many as 69 drunk drivers had been challaned by the Chandigarh Police on December 1, Friday, during a two-hour overdrive.

What, Why and How?

The traffic police had put up eight nakas on the Friday night. Moreover, they had pressed into service a mobile naka team to keep a tab on the culprits. However, the ones who have been fined can also lose their driving license for six months.

The traffic police is planning to increase the frequency of nakas in the wake of festivities around New Year. The traffic wing of the UT police has already written to the court to enforce strict punishment against the defaulters, which includes imprisonment along with fine.

What law says about drunken driving

Chandigarh courts have been sentencing the drunk drivers till the rising of the court, but now besides jail police have also started recommending suspension of driving licences, according to the recommendations of the Supreme Court’s road safety committee. The panel has issued instructions to all states and UTs to suspend licences of drunk drivers for a period not less than three months

As the licence is suspended, eventually after six months it is sent back to the registered address of the violator after the completion of the period of suspension through registered post.