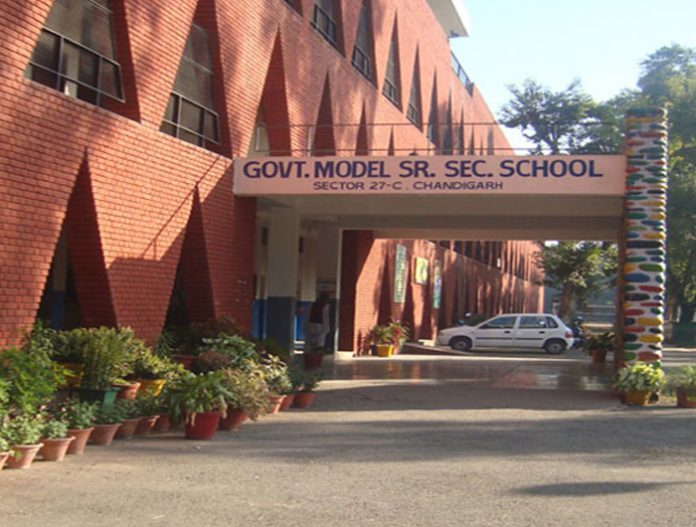 “Respect your teachers” – This seems to lose meaning in times today and the reason for this is a shocking incident in Government Model Senior Secondary School in Sector 27, Chandigarh, where a Class 12 boy allegedly thrashed his female teacher in school on Thursday.

The reason of his unruly behavior was the teacher asked the 17-year-old boy to attend his classes rather than sitting in the corridor. On this he started misbehaving with the teacher. She in turn called the principal and latter demanded his medical examination. The boy ran away and came back after 10-15 minutes after scaling the school boundary wall and allegedly hit the teacher and even pushed her.

The teacher complained to the police and reported that the boy had hit her on her face during recess in front of other teachers. She alleged that the boy was inebriated.

The Principal of the school also claims that the student was drunk.

The boy has been suspended from the school but the principal assured that his board exams would not be affected. However the boy would not be allowed to sit in class until the matter was sorted. The education department has also been submitted a report on the matter.

Other version of the story

The student’s father, a peon in Panchkula Police Department, has rejected all accusations against his son and maintained his innocence. He said the school is concocting stories to harass his son. He, in turn, alleged that the teacher used to call named to the boy; called him ‘Bihari’ and a ‘drug addict’. He said that he had even met the teacher earlier to ask her to not to embarrass his son.

It is important to note here that the victim teacher is a JBT teacher who was teaching English to Class 12 in clear violation of Right to Education Act.

Also Read: Chandigarh Makes It To New York Times’ Must Visit List of 2018