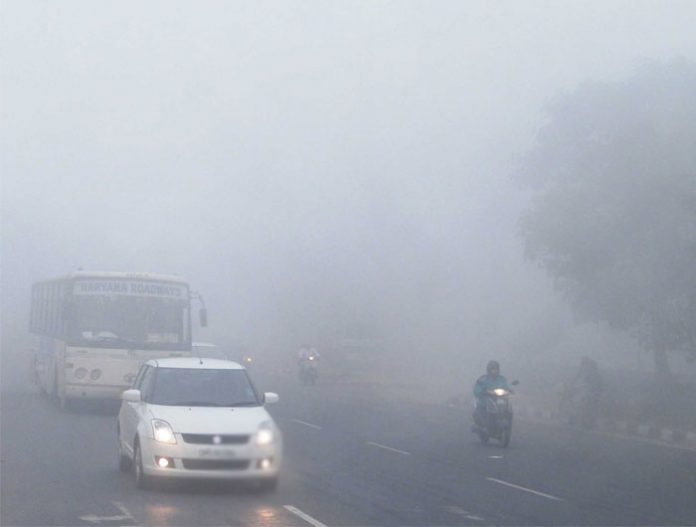 When the heavens opened two days ago, chills were guaranteed to follow. After all, it’s December and mercury is bound to dip to an uncomfortable low. The downpour for the last two days brought down the maximum temperature to 18.1ºC. This was 4 degrees below normal. Thus Tuesday became the coldest day of the season.

Till 8.30 in the morning, it had rained around 14 mm. The Met Department had given predictions of Wednesday showers as well, but everything has been fine until now.

While the maximum temperature has dropped down by 8 degrees in the last four days, the nights were not as cool. Temperature hovered around 14ºC in the night.

Cricket fans will be delighted in particular because it does not seem that rain will play spoilsport in the upcoming India vs Sri Lanka ODI.

How the Weather will Remain in the Days Ahead?

Rain will not Disrupt Mohali ODI

Rain will not be an obstruction for the India vs Sri Lanka ODI at Mohali. The humidity is around 20%, so there are no chances of a downpour. This is because the precipitation system has weakened due to outgoing clouds. But the visibility will be poor in the evening. The team batting second will have to face problems.

The timings for the earlier two matches had been postponed to 1.30 pm due to the presence of dew and fog in the atmosphere.

(Note – The Sri-Lankan team reached Mohali from Dharmasala on Tuesday.)