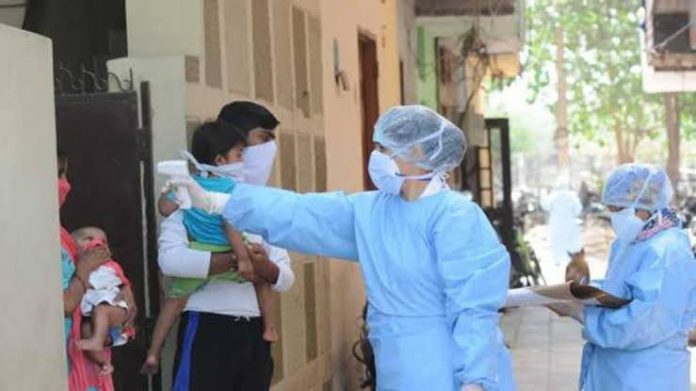 Chandigarh Administration has shifted focus to micro-containment zones to contain the spread of COVID-19 in the city.

The decision was taken in a review meeting presided bh UT Administrator, Sh. VP Singh Badnore held on Wednesday, 29th July, 2020 in Chandigarh. It was attended by Sh. Manoj Parida, Adviser, UT, Chandigarh and other officers. The administrator also interacted with officials from GMCH 32, GMSH 16, PGIMER through video conferencing. Various issues were discussed in the meeting with a focus on micro- containment zones.

The administration will focus on factors at micro level.

The administrator, VPS Badnore has directed
PGIMER to conduct meetings on a regular basis with the neighbouring states as per the decided protocol. This is to be done to ensure timely treatment to the patients.

He further directed the PGIMER to start sero-testing of healthcare workers and for testing in hotspots, it is left to the PGIMER’s assessment and discretion.

Affected Area Committee, under the Deputy Commisioner and Municipal Commissioner, is empowered to declare any area as a micro-containment zone. It has to consider various factors such as the number of cases, population density in that area, etc.

DGP Sanjay Beniwal was directed to ensure strict implementation of all the guidelines related to social distancing and wearing of masks. Further, he was asked to check the people coming from outside.

The Administrator directed Arun Kumar Gupta, Principal secretary, Health to focus on microcontainment areas and enhance contact tracing with special focus on the source of infection.

Dr G Dewan, director health services, said that they have started third round of door-todoor survey in Chandigarh and currently, screening is going on in Mauli Jagran area of the city.