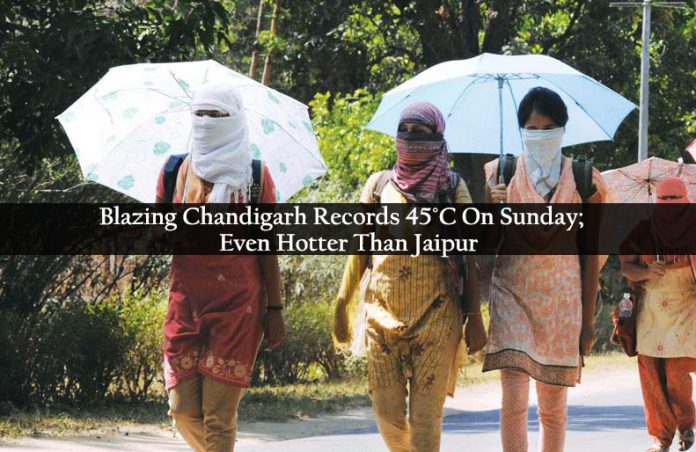 Chandigarh saw its hottest day of the year so far on Sunday, June 4, 2017 when the mercury soared to touch 45°C. Not just that it was the Chandigarh’s hottest day in June since 2012. Even Jaipur’s heat was lesser sizzling than Chandigarh, which recorded 44°C.

Forecast for the week

According to the Met Department, the temperature is likely to hover over the 43°C mark in the next two days. However, thunderstorms or showers were likely from June 7 to 9, which would bring relief to residents from the scorching heat.

With the rising mercury, the number of migraine cases has almost doubled in the city hospitals which is evident from a visit to OPD of neurology department at Post Graduate Institute of Medical Education and Research (PGIMER).