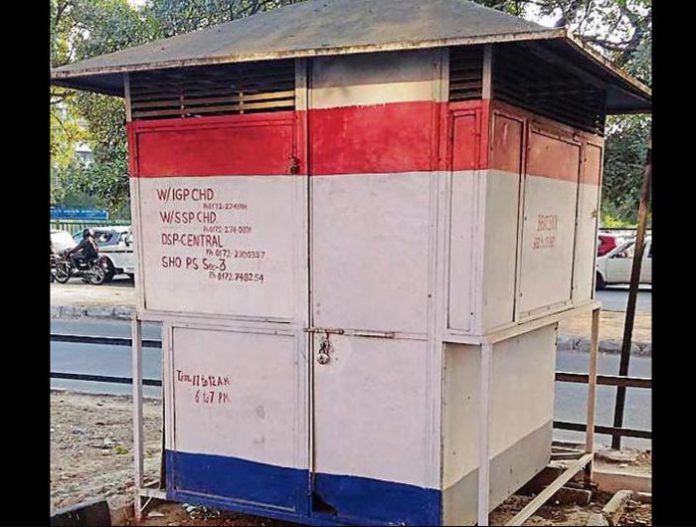 The obsolete beat box standing proudly in every sector will now see hustle-bustle of activity. Chandigarh police has decided to revive the once rendered useless beat system in the city.

The reason behind the move is increasing petty crimes around Chandigarh which is a matter of concern. In 2018, 37 snatchings, 78 vehicles have been stolen and 32 thefts have been reported in the city, instilling fear among the citizens. Administration is adamant in taking steps to nip this nagging problem in the bud with an iron hand.

Criminals on the streets : 78 vehicles stolen, 37 snatchings and 32 thefts have taken reported in 2018.

The Standing Committee of Administrators Advisory Council on law and order members have advised strengthening of the police beat system and intelligence system in Chandigarh police to check the crime more effectively.

The beat system was a good initiative which enabled bridging distance between police and citizens. The police was more accessible, interacted with people in the beat area and kept a vigil in the area. However over the years, police-public interactions in the beat area reduced and owing to lack of manpower, the beat system became redundant.

Though more than 300 police personnel of various ranks have been deployed in 146 beats in the city, however the manpower is not enough to ensure proper house visits, patrolling in the area and gathering inputs.

A senior police official, on condition of anonymity, said, “As per the plan, over the next few months more manpower would be diverted and deployed in the beats. The proposal is to optimally utilise resources so that each beat has adequate manpower.”

Chandigarh police has created a WhatsApp group of police stations in which beat staff have been made members. The motive behind it is to ensure quick exchange of information between the staff and the senior officials.

Also Read: Power Bills in Chandigarh Are Going to Get Almost Doubled. Know Why?