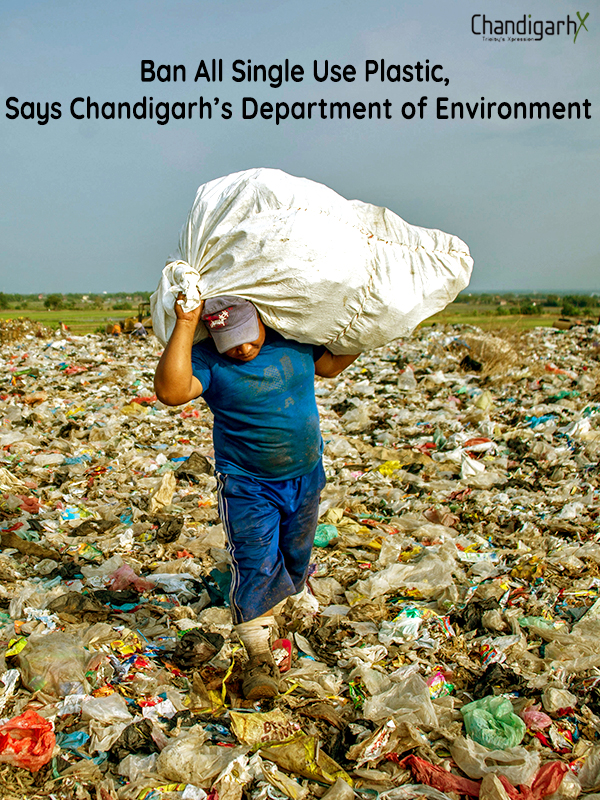 Chandigarh is among 25 states/UTs that failed to submit the action plan and may have to pay environmental compensation of Rs 1 crore. Consequently, in a bid to make the city totally plastic-free, the Department of Environment, Chandigarh, has proposed to ban all such products that can be used once. These include disposable plates, small spoons, water bottles, straws, etc. that cannot be reused after being used once.

Under the supervision of Director Debendra Dalai, the UT Department of Environment has also mentioned in the proposal that plastic water bottles less than 1 litre in size should be banned. “Large bottles are reused for storing water. But bottles of 250 ml, small plastic cups, straws and disposable bags cannot be reused. Instead of destroying these at a large scale, we should ban them. The proposal was sent to the administration for final approval in beginning of May itself. However, as the Model Code of Conduct was in the effect, no decision was taken on it” a member of the department said.

Meanwhile, the UT Department of Environment is set to release a pictorial book containing big-sized pictures of all items that are harmful to the environment. The book will be released on International Environment Day on June 5.

The decision in the matter is likely to be taken on or before International Environment Day.

According To Environment (Protection), 1986

Dalai added, “The notification under Section 5 of Environment (Protection), 1986 was implemented in Chandigarh in 2008. It stated that only the use of polythene and plastic bags is prohibited in the city. Otherwise, there is no ban on any other plastic product in UT.”

No Plan In Action

Chandigarh Administration is already facing wrath from National Green Tribunal (NGT) for not submitting its action plan on systematic disposal of plastic waste to the Central Pollution Control Board (CPCB). The deadline of the same was April 30.