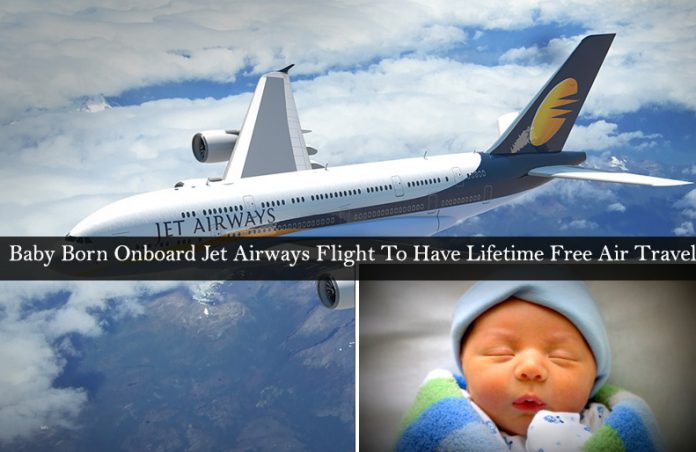 In a first to any India-based airline, a baby was born mid-flight and the baby has been awarded free flights for life.

Yesterday, on a Jet Airways flight travelling from Dammam in Saudi Arabia to Kochi, a mother went into premature labour and the flight was diverted to Mumbai. The cabin crew and the trained paramedic onboard assisted in the delivery and a baby boy was born, all hale and hearty, even before the flight could touch down at Mumbai Airport.

Last year, five infants were born on commercial flight, but they don’t all come away with a golden ticket for free travel for the rest of their lives.

The last airline to award unconditional, complimentary flights for life to a baby born on their plane was AirAsia, when, in 2009, a passenger gave birth while on a two-hour flight from Penang to Kuching.