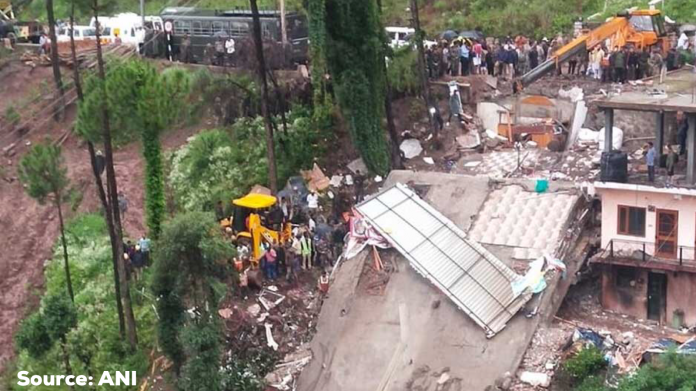 Owing to heavy rainfall in the region, a multi-storeyed building located on Kumarhatti-Nahan highway in Solan, collapsed in landslide. As per reports, seven people including six Army personnel were killed. A woman, identified as wife of the restaurant’s owner and two Army men, who were pulled out of the remains, died. Seven Indian Army soldiers were trapped under the debris.

A police officer said, seventeen people including twelve civilians and five soldiers have been rescued till now. The ones rescued from the remains have been taken to local hospitals.

District authorities are carrying out the rescue operation with the help of National Disaster Response Force (NDRF) and the Army personnel at the moment.

Chief Minister Jairam Thakur was at the spot to investigate on the damage caused. He expressed grief towards the lives lost and ordered to examine the cause of collapse. As per information received till now, non-compliance of building structure as per specifications is said to be the main reason.