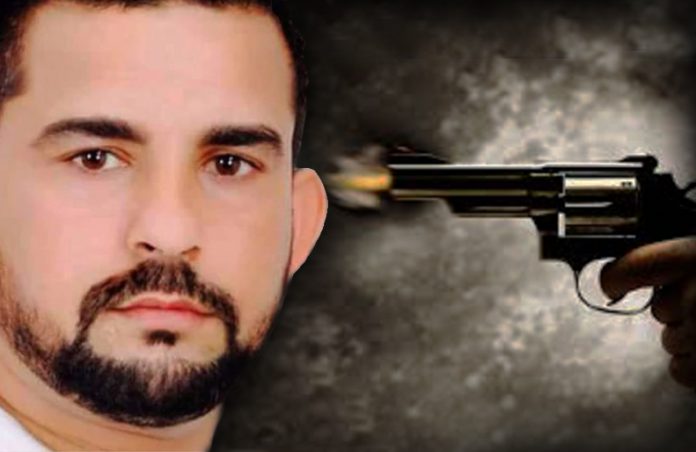 Murders, rapes, theft… Chandigarh is developing a ugly belly that peculiarly define the metros- Delhi, Mumbai and the like. Just weeks back, a Hoshiarpur Sarpanch was shot down in broad daylight, robbery on Chandigarh-Patiala highway, murder in Saketri on Holi, wife killing her husband and what not.

Now, a bouncer, Amit Sharma, 31, (also known as Meet) was gunned down in broad daylight (12.30pm) at Mahadevpura village near the Shiv Temple at Panchkula’s Saketri area. Police suspects old rivalry between groups of bouncers to be the cause of the murder.

How did it happen?

The victim, Amit Sharma, visited the temple with his mother. The assailants were already there at the spot waiting for him. The beggars around the temple claimed that they came in car with yellow number plate. As soon as the victim arrived, they shot four bullets on him in front of his mother and drove off.

Motive behind the murder

The preliminary investigations point gang rivalry to be the cause of the murder.

Amit Sharma was a known bouncers supplier in the city. Four-five disco clubs from Chandigarh had hired him to supply bouncers for security of visiting film stars and other starlets in the tricity and nearby areas. The other gang wanted the monopoly over the supply of musclemen and bouncers to discs and hotels in the tricity. The two gangs were at loggerheads on this.

Sharma’s cousin Arvind Gautam said he had escaped a bullet attack at a gym at Sector 26, Chandigarh, in July last year. He added Sharma usually moved around with friends as a precautionary measure, but had decided to take his mother along alone. It is likely that his rivals received a tip-off.

About the victim, Amit Sharma

Amit Sharma had been working as a bouncer in Chandigarh since 2007. He slowly developed his group of over 200 needy youngsters mostly from Punjab whom he outsourced as bouncers as the bouncers demand in the night clubs in tricity increased. His firm was ‘The Black Bull’.

His partner of initial days, Jatinder Kumar said, “He developed a huge circle because of his fair deal and clean business, but this came with a price in terms of animosity between him and others in town, having in the same profession.”

Amit Sharma was named as the prime accused in SAS Nagar Phase-8 firing last year. More than 70 rounds were fired in the clash between the two groups — one led by him and the second gang by Sonu Shah of Burail, Chandigarh. He was jailed for three months after being charged for attempt to murder and had been released on bail since last month.