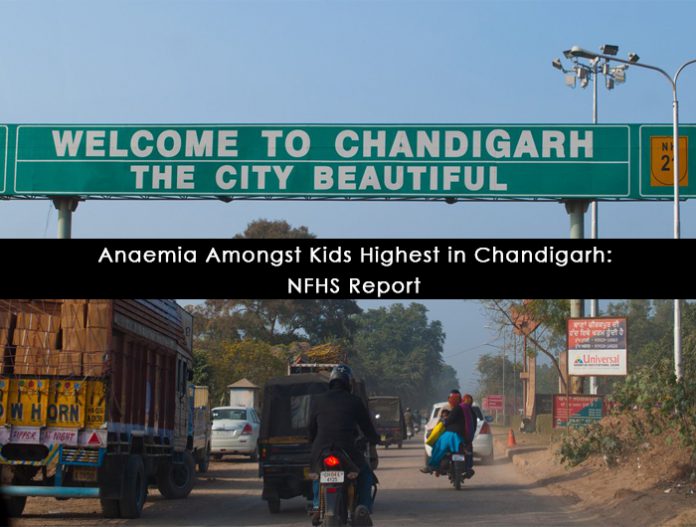 National Family Health Survey (NFHS-4) report of 2015-16 released by the Union Ministry of Health and Family Welfare reveals a shocker. In Chandigarh, children aged between 6-59 months have a high prevalence of anaemia in them. Against the national prevalence of 58.4 per cent for this category, Chandigarh has 73%.

Not just this, the health of Chandigarh women is not that rosy too. The prevalence rate of anaemia amongst them is as high as 76%.

What The Stats Reveal

Here is what the stats reveal about the prevalence of Anaemia of kids all around the country.

Anaemia is a condition, which is marked by low levels of haemoglobin in the blood.

What are the Major Reasons for Anaemia in Children?

UT health officials have maintained that the exact cause of high anaemia prevalence among kids here is still not known for want of any dedicated research study on it. However, major reasons believed are:

Let’s hope that the situation does not remain such for long.

Also Read: Virtual ID(VID) to Protect the Privacy of Your Aadhaar Details