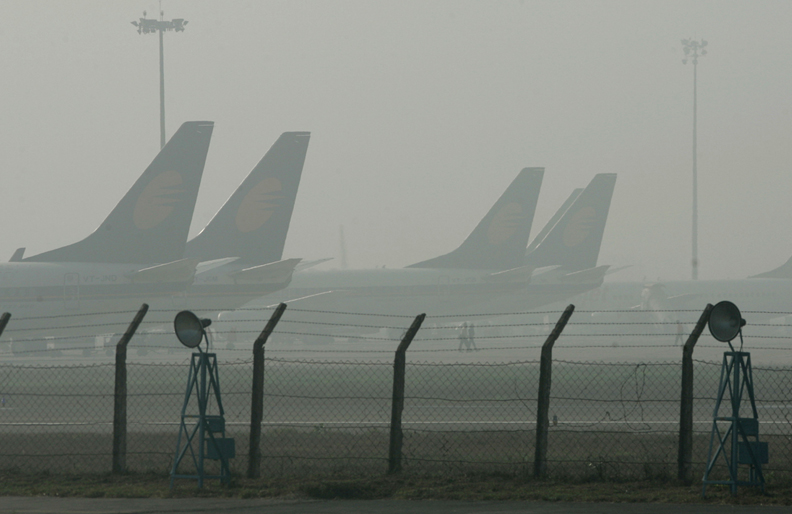 What a serene experience it is sipping our hot brewed coffee in the balcony in these foggy days, but these beautiful days are messing our air and rail travel plans.

As many as 23 flights at the Chandigarh International Airport were cancelled on Wednesday due to low visibility and international flights were diverted to Delhi airport. Most airlines sent passengers to Delhi by cabs and Volvo buses. Passengers for Chandigarh–Srinagar flights either got their flights cancelled or re-scheduled.

The Dubai flight of IndiGo Airlines was forced to divert towards Delhi as the flight could not land at the airport due to poor visibility. Around 80 passengers on the flight were taken back to Delhi, where the airline gave them the fare till Chandigarh, asking them to travel on their own.

Even trains are running late for several hours giving a tough time to passengers. New Delhi-Kalka Shatabdi Express, Unchahar Express, Chandigarh – Dibrugarh, Kalka Mail and Dibrugarh-Chandigarh Express have all been delayed due to dense fog.

Even Denser Foggy Days Ahead

India Meteorological Department (IMD) director Surender Paul revealed,“The city has started receiving shallow fog during mornings and evening. During the next 3-4 days, the city will receive dense fog.” He also added,“On December 12-13, western disturbances will approach the city, leading to cloudy weather and light rainfall. After that there will be dense fog in the city.”

Better be careful in the days ahead, Chandigarh. Check your vehicles lights before going out.