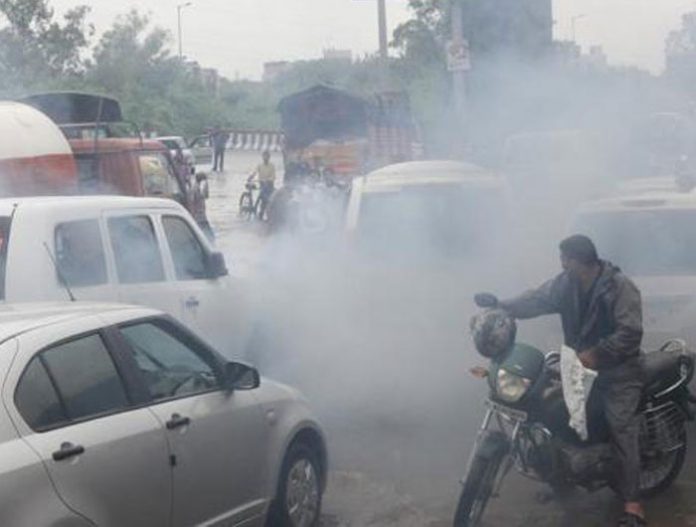 Chandigarh Pollution Control Board has released a shocking data which belies our beliefs of Chandigarh being a City Beautiful. The Pollution level in the city has been increasing steadily in past 5 years (2013-2017).

The data from these stations show a steady increase in Respiratory Suspended Particulate Matter (RSPM) PM10 and high levels of PM 2.5.

Industrial Area- 1, the most polluted

Even for PM 2.5 (permissible limit=40 microgram per cubic meter), it was found 68 in Industrial area followed by IMTECH and Kaimbwala.

Ongoing construction activities in and around Chandigarh and vehicular pollution are blamed for worsening air quality in Chandigarh.

The report mentions that in the last five decades, Chandigarh’s density of population has increased nine times, from 1051 to 9252 persons per sq km. Also the vehicular density is the highest with 878 vehicles per 1,000 vehicles.

During May-June, the pollution levels increase due to crop harvesting and in October- November, because of stubble burning.

How winters contribute to pollution?

Winters also contribute to pollution because “as the temperature declines, the air masses get denser and settle down. This cold and humid air traps the pollutants t the lower heights leading to high RSPM”, explained Santosh Kumar, director, environment, UT administration. He also added that the pollution level worsens on foggy days as dust particulates are trapped in lower layer.