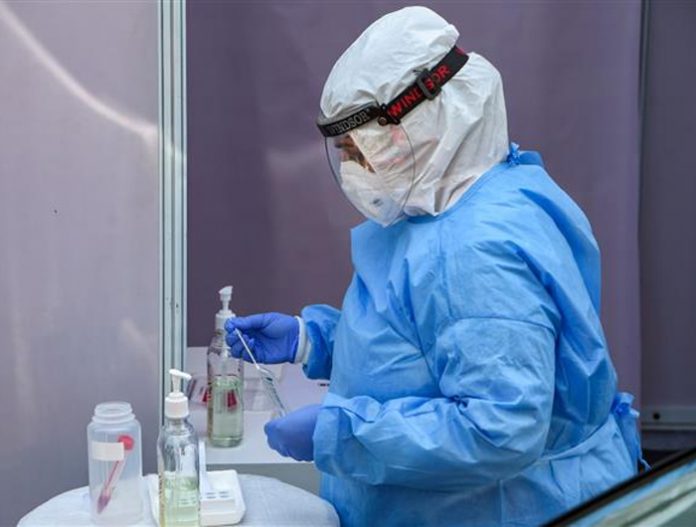 None of the COVID-19 patients in the village has any travel history. Deputy Commissioner Girish Dayalan added that some of the Tablighi Jamaat members stayed in the village but left before anything more could be known about them. They had interactions with Sarpanch’s factory workers. This is seen as a probable cause of spread of infection.

As per reports in The Tribune dated April 4, 2020, this Panch was the first to test positive first positive. A list of twenty-two close contacts were traced who have tested positive. Fifteen are his extended family members including the father (64 years), younger brother (38 years), and wife (43 years). The present Sarpanch also tested positive. All age between 12–50 years have been admitted to Gian Sagar Hospital, Banur.

He said that for each positive contact, the team had been tracing and testing 25-55 people. “We are not hiding the numbers. We are fighting the invisible enemy and winning against the disease by making it visible through extensive testing. There is no need for panic but I will stress the need for taking all precautions as mandated by the government,” he added.

The Mohali administration and a private university have collaborated to set up the state’s largest COVID-19 isolation facility at Gharuan. There are a thousand beds. Separate arrangements for doctors and other paramedical staff are available.

Even after strict curfew impositions, the number of new positive coronavirus cases in Punjab are increasing. As on April 8, 2020, the total count in the state has reached 106. Seven new patients were reported yesterday.

The reports state the following number of cases in districts of Punjab: